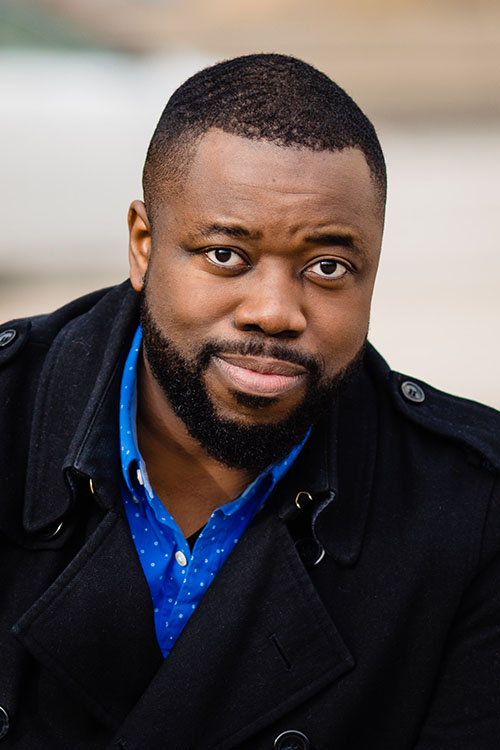 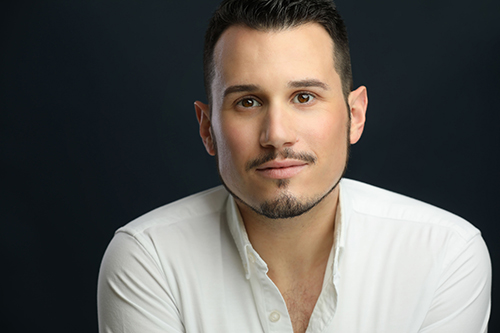 “What is a Legacy”
Music and Text: Tamar Greene and Lin-Manuel Miranda

“Rain” from Once on this Island
Music: Stephen Flaherty
Lyrics: Lynn Ahrens

"What is it About Her" from The Wild Party
Music and Lyrics: Andrew Lippa

"Since I Fell For You"
Composed by Buddy Johnson

Tamar Greene is the current George Washington in the Broadway company of HAMILTON. Prior to joining the Broadway company, Tamar played the role of George Washington in the Chicago company of Hamilton for a year and a half through its closing. From 2017 to 2018, he toured with the First National Tour and North American premiere of LOVE NEVER DIES, Andrew Lloyd Webber’s spellbinding sequel to PHANTOM OF THE OPERA. He has also performed as Crab Man in PORGY AND BESS at Spoleto Festival USA. Tamar played the Quartet Leader in the inaugural cast of AFTER MIDNIGHT on the Norwegian Escape. He played the role of Charlie in the NY Philharmonic Orchestra’s production of SHOW BOAT at Lincoln Center, which was broadcast on PBS. He performed the role of Fisherman in the Broadway First National Tour of THE GERSHWINS’ PORGY AND BESS. Just this year, Tamar has filmed a Christmas commercial on WEtv, recorded a new promo song for Netflix Jr Jams, and released a new single, Soaring, now available on all streaming platforms. Tamar has graced stages worldwide having led several wedding bands and performed at venues in Italy, Germany, England, and the Caribbean.

As a proud first-generation American, born of Jamaican and British parents, Tamar is a versatile artist whose musical passions mirror his eclectic background. As a writer, arranger, classical pianist and an opera singer, he combines much of his inspiration from Classical music, Reggae, Hip-Hop, R&B, Blues, and Jazz.

Tamar is an accomplished voice teacher. He leads a robust studio and frequently presents masterclasses and guest lectures at high schools, universities, and major corporations around the country. His passion for performance and teaching is matched by his passion for social and racial justice. Tamar is one of two representatives from the Broadway company nominated to serve on the Hamilton Racial Justice Task Force. Through his work on the task force, Tamar has helped to organize company-wide eﬀorts to raise census awareness, increase national voter registration, and amplify the importance of financially investing in communities of color.

Dan Micciche is the current music director/ conductor of WICKED on Broadway and has been with the show for over 6 years, including the national/ international tours.  For the ﬁrst 6 years of living in NYC he started out as an actor and played Mary Sunshine in CHICAGO for 2000 performances on Broadway as well as the national tour/ Japanese/ Thailand companies. Soloist at Carnegie Hall/ The Kennedy Center: Bernstein’s MASS. Recordings: Bernstein’s MASS (Grammy nom 08’) 54 Below shows: Amanda Jane Cooper/ Patrick Page to name a few. Workshops: Stu for Silverton. He has taught masterclasses/ workshops at major universities including: University of Michigan, The Boston Conservatory of Music, Berklee School of Music, Pace, Norte Dame, Eastman as well as schools in Peru, Mexico and Switzerland. During this time that Broadway is shut down Dan has been keeping busy teaching voice/ song interpretation/ audition technique/ college prep/ conducting technique and networking.   Info can be found in his bio on Instagram: @danmicciche Education: The Boston Conservatory of Music ‘07.