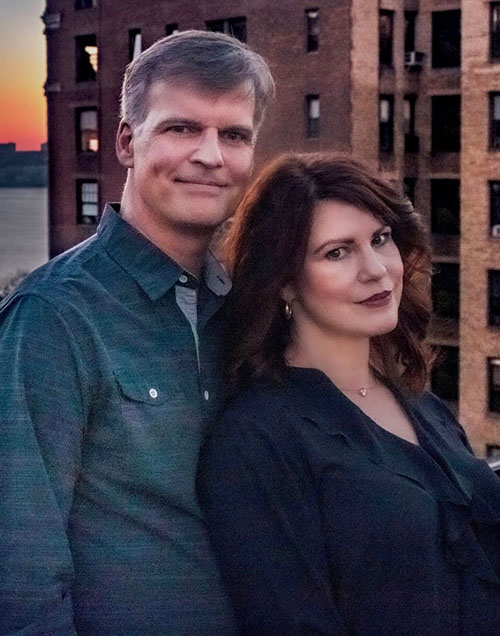 Pianist Tom Jennings has performed and recorded with artists from a wide array of genres in a career spanning more than 30 years. His latest album, Viewed from Above: Musical Meditations on Sacred Texts, a collection of works for string quartet, piano, and soprano, featuring his wife, Michelle Jennings, was released in December 2020. Hailed by the Boston Globe as a “highly attuned pianist,” Tom has accompanied opera luminaries Ben Heppner and Jerome Hines, and cabaret stars Steve Ross, Karen Akers, and Leslie Uggams. He has appeared on numerous recordings by a diverse array of artists, including DeShannon Higa, Terry Silverlight, Gary Haase, Steve Sacks, Emily Drennan, Soo Bae, and many others. For more than 25 years, Tom has served as music director at Redeemer Presbyterian Church in New York City. His hymn arrangements and original songs are performed at churches throughout the country, and he is an in-demand speaker and writer on church music. Tom holds the Doctor of Musical Arts in piano from Manhattan School of Music, where he studied with Constance Keene.