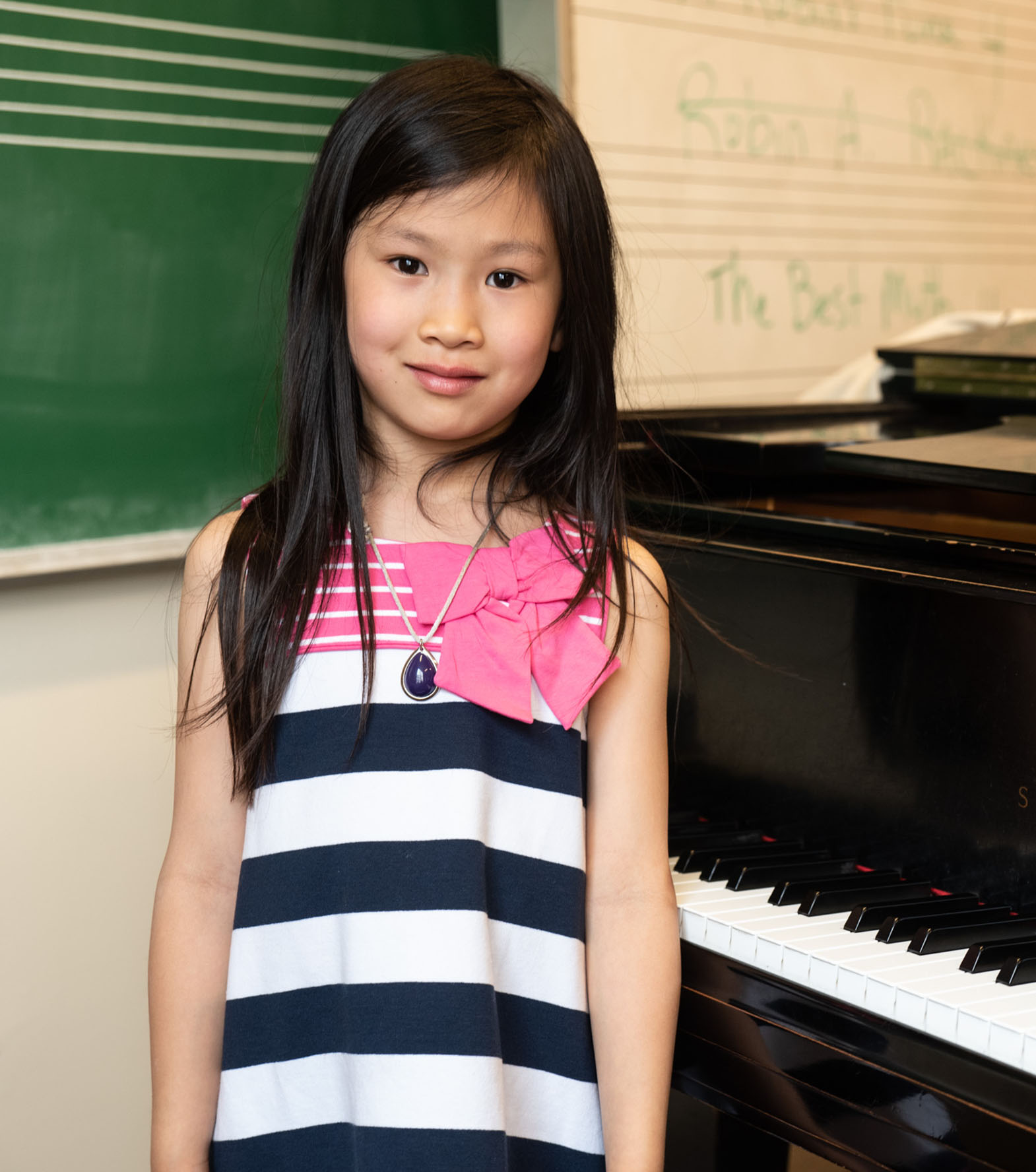 Lucy Moses School student Valentina Derolph has been very busy learning songs and practicing her lines for this year’s Summer Musical Workshop (SMTW) performances in Merkin Hall. A seasoned SMTW veteran at age seven-and-a-half, she played a villager in the musical “Appelmando’s Dream” last year; this year she took the stage as a hunter’s child in “The Little Snow Boy” (see photo below). One of seven original musicals addressing this year’s theme of “Transformation,” it tells the charming story of a child made out of snow who comes to life.

Valentina likes singing and dancing with the new friends she’s made at SMTW. “The interns are all really nice,” she says. “My favorite class is music with David. He tells us stories, and then we get to act them out.” She always looks forward to the performance after five exciting weeks of preparation: “It’s fun that people get to watch us and see what we’ve been working on.”

When Valentina isn’t on stage, you can often find her in Central Park, at the Metropolitan Museum of Art, or at the Children’s Museum, where she especially likes the exhibit on the human body. She also enjoys going out for ice cream, playing “Honeybee” on the piano, and science experiments at school.

Stay tuned for videos of the 2019 SMTW performances! Learn more about Lucy Moses School classes for all ages and skill levels.

Below: Valentina (center) on stage at the 2019 SMTW performance on July 31 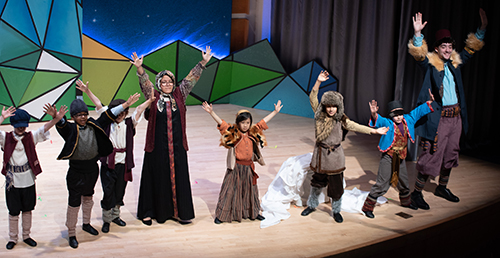