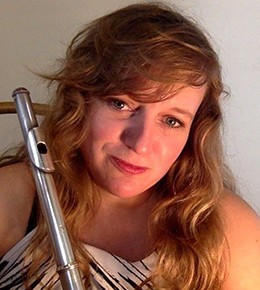 New York City composer Bonnie McAlvin’s works have been performed by members of the Cleveland Orchestra, the (former) Manhattan Chamber Orchestra, and world champion rag-time pianist William McNally.  Her recent film score, “My First Kiss and the People Involved” premiered at the Los Angeles Film Festival, where it was the top pick of the festival for the LA Daily News and CriterionCast; the score received a grade of ‘excellent’ from The Hollywood Reporter, and the film won screenings, critics’ awards, and audience awards in five American cities last season, including Los Angeles, New York, New Orleans, Woodstock, and Ashland, Oregon.  Other recent commissions include Sandstone Peak, which was premiered as part of the provocative pairings series of the Delaware-based chamber ensemble Melonamie, a set of miniatures called Branches Reaching for flute and pianist for American pianist Kristin Samadi, and a work-in-progress for renowned Japanese pianist Emiko Sato, which will premiere at an interdisciplinary film/music festival in Kyoto, Japan in the summer of 2018.  As flutist, Bonnie is fascinated by the special technique of multiphonics; her 2015 video release Parallel Transformations and its 2017 companion Transforming Parallels drew international attention for their use of flute multiphonics as devices of functional harmony and voice-leading, and she is on the list of “Famous Flutists” of All About Flute for her mastery and unique usage of the technique.  She studied at McGill University (M.Mus.) and the Graduate Center CUNY (DMA).  For more information, see http://www.bonniemcalvin.net./