Pianist Sung-Soo Cho continues to captivate audiences with profound interpretations of musical depth. Praised for his technique and command at the piano, his wide musical perception has drawn critical acclaim. Awarded “Best American Contemporary Performance” at the Cincinnati World Piano Competition and “Best Performance of the Commissioned Work” at the Texas State International Piano Competition, he especially enjoys broadening his passion for contemporary music. One of his recent projects is his CD "Minimum | Maximum | Modern Piano Music by American Composers" which was released in March 2016 by Albany Records.

Dr. Cho has appeared as a soloist throughout the world, including appearances with the Prime Philharmonic of Korea, the Festival Chamber Orchestra of Lublin Philharmonic, The Ashdod Symphony Orchestra, and The Round Rock Symphony. His performance highlights include solo performances in various venues throughout Korea, the United States and Europe. He has performed at Weill Recital Hall at Carnegie Hall, Yamaha Artist Services in Seoul, and the Kumho Art Hall. He is also the pianist at the Lake George Music Festival, a strong supporter of contemporary classical music. He has premiered many new works by leading contemporary composers at this vibrant festival.

Dr. Cho started his musical studies at the age of five in Seoul, South Korea and graduated from Yewon Arts Middle School, Seoul Arts High School, Seoul National University, and Manhattan School of Music. His teachers include Eteri Andjaparidze, Antonio Pompa-Baldi, Phillip Kawin and Hyoung-Joon Chang. He earned a Doctor of Musical Arts degree from the Cleveland Institute of Music.

Dr. Cho has served as adjunct faculty of piano studies at New York University. He is currently a piano faculty at Kaufman Music Center, as well as a visiting artist-in-residence at Notre Dame College in Ohio.
www.sungsoocho.com 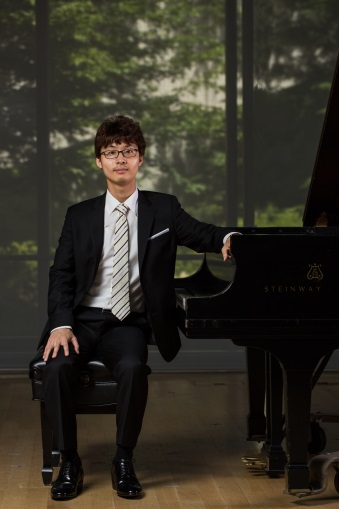