A Conversation with Elka & Jacob Wade 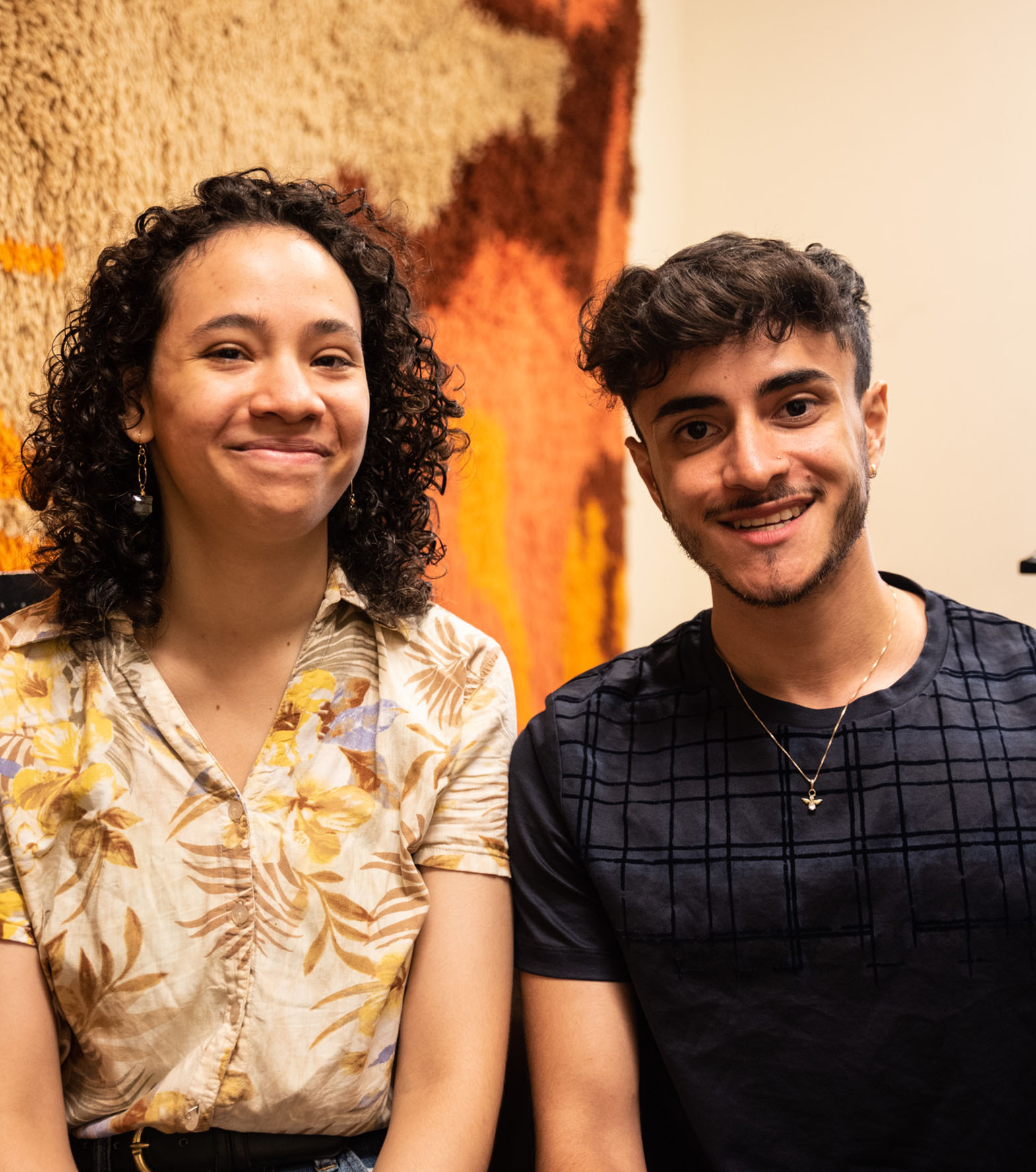 At Kaufman Music Center, July is a magical month for Summer Musical Theater Workshop participants, who spend five high-energy weeks singing, dancing, acting and starring in original musicals written just for them. Like many SMTW alumni, siblings Jacob and Elka Wade first came to the program as young children and returned year after year as campers, and then as interns. This year, 22-year-old Jacob, newly graduated from Purchase College with a degree in Theatre & Performance, returns as the full-fledged director of an enthusiastic group of eight and nine-year-olds. Elka, now 20, is helping to write the book for an original musical starring 10-12-year-olds. The siblings – both of whom attended Kaufman Music Center’s Special Music School – joined us for a conversation about the role SMTW has played in their lives.

As a child, what was your favorite thing about SMTW?

Jacob: It was really seeing the older kids and how much better they were than I was. I was inspired by them to come back and to be better each summer. I had a goal to become one of those kids, seeing them as inspiration and as idols. They were kind of like celebrities to me because they were so talented and so cool and so nice. The whole community really is what kept me coming back.

One the most exciting things for me was sharing my ideas during rehearsals because I consider this to be more of a workshop than a camp, and I really loved the collaborative aspect of it all and feeling like an idea that I had could make it onto the stage even though I was just 5 or 6 years old.

Elka: I was always excited for the theme of the workshop and to see what all the different groups would do. For all of the kids to be able to watch the other campers perform and watch the progression was the most exciting thing for me.

What has it been like to take on a leadership role, first as an intern and then as assistant director and director?

Jacob: It was amazing, and really rewarding. After my six years as an intern, I was looking for more responsibility and more of a creative say in how the show would unfold. This year, I’m a full-fledged director for Group 3. I love hearing all of the kids’ ideas and seeing how excited they are about the story that we’re trying to tell, and seeing their enthusiasm at auditions. I think it’s important to lead by example and show the kids that these things are achievable, and just having fun while doing it.

Has SMTW influenced your career path?

Jacob: Oh, absolutely. If it weren’t for this camp, I don’t know if I would be into musical theater. This camp was my first experience with musical theater, and it’s the reason that I love collaborative performance and performing in general. I just want to perform. And it’s thanks to this camp that I want to do that professionally.

Are there skills that you took away from SMTW that have been valuable in college and your career?

Jacob: Yes. I’m all about collaboration, and the fact that this camp is a workshop means that ideas are shared. I love the idea of many minds coming together to create something that they’re all proud of because it came from all of them. It’s not just one person writing or one person directing, it’s really all of us working together to put it together.

Elka: The most important thing for me, which started as soon as I became an intern and took on that mentorship role, is the management of kids and of performers. In high school I liked to direct, and in college I was exploring that a lot more and learning how to produce or assistant produce, stage manage and things like that. It all came much more naturally to me after doing the workshop because you see a lot of the behind-the-scenes stuff going on and understand how it works. I think that definitely gave me a boost.

I love kids, and one of my long-term goals is to become a teacher. When I was able to be an intern and interact closely with kids, learning how to mentor them and engage with them one-on-one and as a group was important. The people skills that I’ve learned just from interacting with kids have been amazing.

From an educator’s perspective, what’s special about musical theater?

Jacob: It has definitely opened up children and made them more comfortable with speaking. I think that musical theater is the perfect way to do that, because even if you’re not the strongest singer, maybe you’re an amazing dancer. Or if you’re not the strongest dancer, maybe you have an amazing speaking voice and the lines that you say stand out and are heard by the whole audience.

Elka: That’s the most amazing part of it, to watch people come out of their shell, no matter what experience they had beforehand, no matter what sort of talents they bring. They all bring something.

The theme of this year’s musicals is “Transformation.” Tell us about the shows your groups are working on this year.

Jacob: The adults in a village full of foolish children seek out a witch who gives them a potion that can make their children smart. But once the children take the potion, they become unbearably smart and annoying, and realize that they no longer need authority. The adults miss their children and call the witch, who gives them two options: turn the children back the way they were, or take the smart potion themselves. (Spoiler alert!) The adults end up choosing the smart potion, and the story ends with the adults and children of equal intelligence and obnoxiousness.

Elka: I’m collaborating with Sean Hartley, Amy Sulds and Jihwan Kim to write a new version of The Frog Prince. It’s about a tadpole who turns into a frog. She gets invited to the palace and wants to prove herself and prove that she can hold her own against the royals. Everyone’s a frog – we tell it from the frog perspective.

What would you like kids to know about SMTW?

Jacob: Kids should know that there’s no pressure going into SMTW. If there’s any aspect of performing that they love, they are welcome here, and they have a chance to shine and have fun doing it, no matter what their dreams, aspirations or talents are.

Find out more about classes for kids and adults at Kaufman Music Center's Lucy Moses School.