Kaufman Music Center Executive Director Kate Sheeran says, “I am thrilled to welcome such experienced, knowledgeable and passionate individuals to Kaufman Music Center. Their collective depth of expertise is the perfect complement to our leadership team, and their values are aligned with our mission. Emily, Christine and Dianna will help us make even more impact as we continue to expand both the breadth and depth of our reach.” 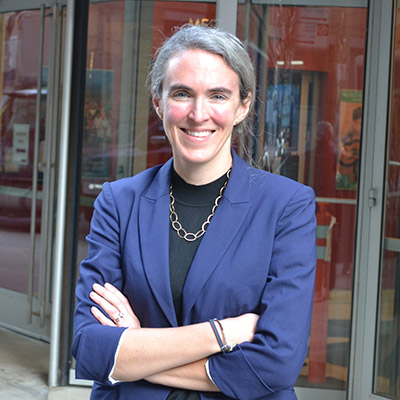 A career arts administrator, Emily Grant is delighted to make her return to the non-profit world after an opportunity to be part of the leadership team of Studio Productions at The Glasshouse. Prior to that, she was at Lincoln Center for many years, founding the General Management department and getting to work with a top-notch team on production, analysis, system design, negotiation and other exciting Excel-based undertakings. Firmly rooted in the belief that good art and good business are essential partners, she’s spent most of her career in the arts industry looking for patterns and organizing unruly business matters into columns and rows. In her free time, Emily makes big pots of soup, backyard bird watches and runs around in the woods. 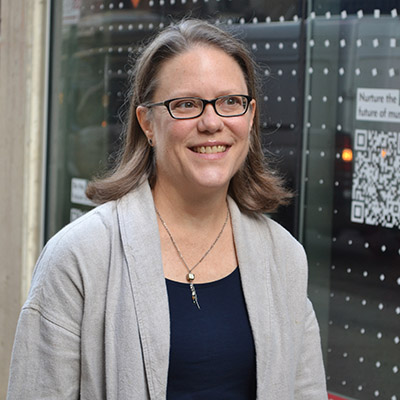 A finance leader with extensive experience in the non-profit higher education and cultural sectors, Christine Todd is excited to be part of an organization at the nexus of education and the performing arts. She was for many years a member of the senior leadership team at The Juilliard School, where she was responsible for all financial operations. Prior to that, she served in the finance department at Columbia University. Christine, a CPA, earned her MBA from Columbia Business School and serves on the Boards of the Cape Cod Chamber Music Festival and The Chelsea Symphony. A clarinetist, she performs with The Chelsea Symphony, The New York Repertory Orchestra and other area ensembles and also loves playing chamber music. 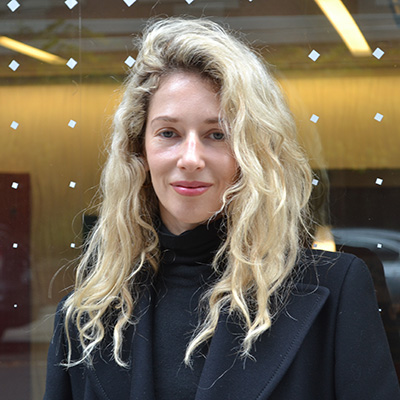 With a background that stems from her passion for bringing people together through unforgettable experiences, Dianna Mesion-Jackson has longstanding experience as a professional in marketing and production in the visual and performing arts fields. Prior to joining Kaufman Music Center, she served as the Director of Marketing for BY Experience, a film distributor specializing in live cinematic events broadcast from storied performing arts institutions including the Bolshoi Ballet in Cinema series, where she oversaw the marketing and communication strategy for North America, as well as the Senior Global Media Producer at the Paris-based global film distributor Pathé Live. Dianna has also worked as a producer and consultant on initiatives for institutions including American Ballet Theatre, The Australian Ballet, Sadler’s Wells and New York City Center. With an early career stint as a professional ballerina, she graduated from Boston University, majoring in Art History, followed by earning her Master’s degree at New York University in Museum Studies.