New Trustees Nikki Renée Daniels, Nathalie Joachim and Daniel Kaufman are welcomed to the Board. 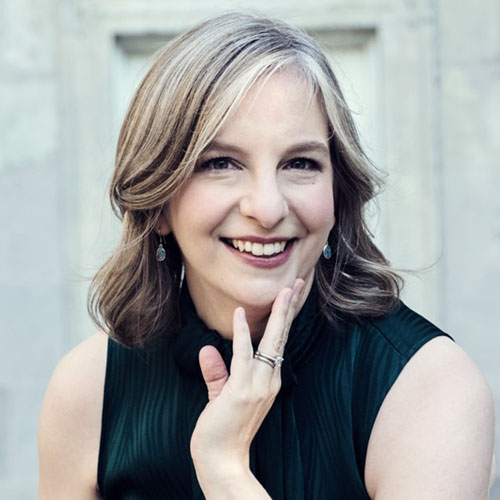 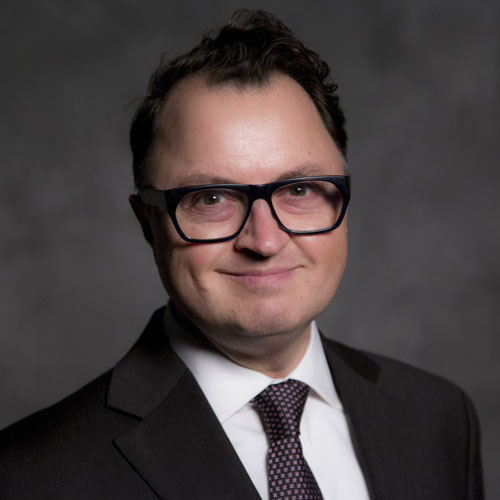 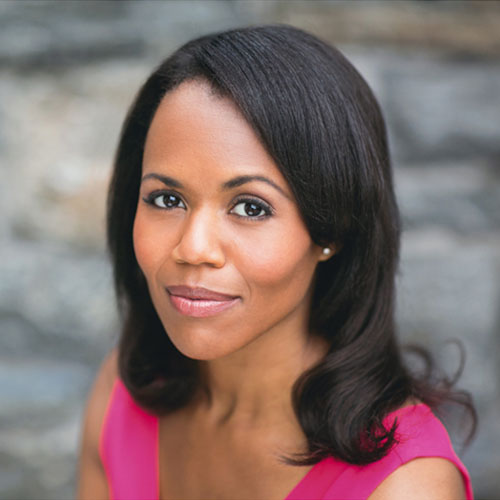 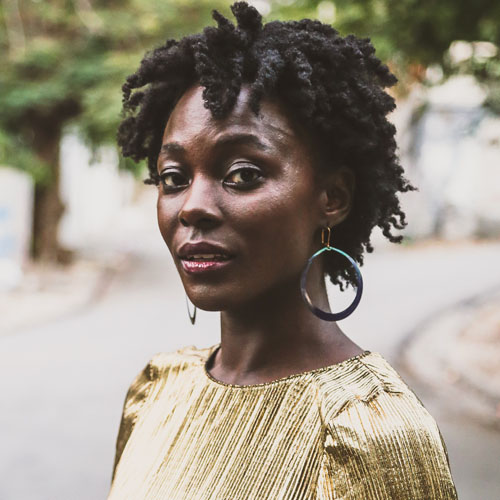 On November 11, the Kaufman Music Center (KMC) Board of Trustees voted to elect the world-renowned pianist and educator Orli Shaham as Chair. Ms. Shaham has been involved with KMC for nearly 25 years as both a performer at Merkin Hall and a parent of students at the Center’s Special Music School and Lucy Moses School. Shahriar Rafimayeri, Chief Information Officer and member of the Executive Committee for Mimecast Ltd, was elected President.

The Board welcomed three new Trustees: the acclaimed Broadway actress, concert soloist and KMC parent Nikki Renée Daniels; Grammy-nominated flutist, composer, vocalist and 2019-20 KMC Artist-in-Residence Nathalie Joachim; and Daniel Kaufman, a Director and the Secretary of the Henry & Elaine Kaufman Foundation who joins his mother Elaine Kaufman on the KMC Board.

The Board recognized the distinguished service of Rosalind Devon, who has served as Chair since 2011, by electing her Honorary Chair. Cathy White O’Rourke, President since 2015, will continue to serve as Vice President. KMC is deeply grateful for their dedicated service and leadership and pleased that they will remain on the Board. Ms. Devon and Mrs. O’Rourke have led the board during an important time of growth and change. Their many accomplishments include: leading the institution in opening Special Music School High School in 2013; completing the Music Front & Center Fundraising Campaign, which raised funds necessary to grow our educational programs to serve over 4,000 students annually; growing the Gala to an event raising nearly $1 million annually; and recruiting Executive Director Kate Sheeran.

Kaufman Music Center Executive Director Kate Sheeran says, “I am so grateful to work with a Board of Trustees that is so strongly committed to advancing our music education programs and performance presentations, reaching more than 4,000 students and 25,000 audience members each year. Especially in this unpredictable year, their leadership and support have been both heartening and critical to our continued success.”

Newly-elected Chair Orli Shaham says, “I’ve been involved with Kaufman Music Center ever since I made my recital debut on the Merkin Hall stage nearly 25 years ago. More recently, I’ve been a parent of both Lucy Moses School and Special Music School students, so I know firsthand the transformative experience that the educational side of this institution generates.

“I am so impressed and inspired by the incredible way the Kaufman staff leapt into action at the onset of the pandemic, pivoting to create meaningful experiences online for students and audiences. I cannot give enough praise to both the faculty and staff at Kaufman, who themselves are so inspired by music and moved by the very thing they help create. They keep the fires burning for us all, entertaining and enlightening music lovers and providing essential training and tools for 21st century musicians.

"I owe a debt of gratitude to former Executive Director Lydia Kontos, who brought me into the governance fold in the first place and showed me the enormous range of Kaufman’s offerings. And I am particularly thrilled to be working with our Executive Director Kate Sheeran, who is a visionary and fearless leader.

About Orli Shaham, Chair
Orli Shaham has established an international reputation as one of today's most gifted pianists, admired for her interpretations of both standard and modern repertoire. She has performed with many of the major orchestras around the world, and in recital from Carnegie Hall to the Sydney Opera House. She is Artistic Director of Pacific Symphony’s chamber series (Costa Mesa, California) and Artistic Director of the interactive children's concert series, Orli Shaham’s Bach Yard, which she founded in 2010. In 2020, Ms. Shaham and Kaufman Music Center produced Bach Yard Playdates, an interactive video series available online. Ms. Shaham recently released Volume 1 of the complete Mozart Piano Sonatas on Canary Classics. Her Mozart recording project began with her album of Piano Concertos K.453 and K.491 with St. Louis Symphony (Canary Classics, 2019). Also in 2020, Ms. Shaham was named Regular Guest Host and Creative for the national radio program From the Top.

About Shahriar Rafimayeri, President
Shahriar Rafimayeri is Chief Information Officer and member of the Executive Committee for Mimecast Ltd, which makes email safer for business. Mr. Rafimayeri has extensive experience in managing large, global and diverse technology organizations where he has transformed and modernized complex technology platforms to greatly improve the stability, resiliency and cybersecurity of applications and infrastructure. Recently he was the CIO and SVP of Business Innovation at Infor, where he executed on the company’s complete digital transformation and migration to the cloud. Mr. Rafimayeri has also held many senior leadership positions within technology arms of leading financial institutions, including Morgan Stanley, Blackstone, Credit Suisse, UBS and Bankers Trust.

About Nikki Renée Daniels, Trustee
Nikki Renée Daniels is an acclaimed Broadway actress and concert soloist, and the parent of two students at KMC’s Special Music School and Lucy Moses School. She recently starred as Angelica Schuyler in the Chicago company of Hamilton and will be seen next as Jenny in the 2021 Br,adway revival of Company. Her Broadway credits include The Book of Mormon (Nabulungi) The Gershwins’ Porgy and Bess (Clara) Les Misérables (Fantine), Anything Goes, Promises Promises and Lestat. She recently played Martha Jefferson in 1776 at Encores, and Rose Lennox in The Secret Garden at David Geffen Hall. She made her New York City Opera debut as Clara in Porgy and Bess. Ms. Daniels’ regional credits include Emmie in Caroline, or Change at the Guthrie; Sarah in Ragtime at North Shore Music Theater; Belle in Beauty and the Beast at Sacramento Music Circus and Hope in Anything Goes at Williamstown Theater Festival. She has been seen on TV in “Madam Secretary” and “The Sound of Music: Live.” She has performed as a soloist with symphony orchestras in Atlanta, San Francisco, Houston, Detroit, Omaha, Indianapolis, Edmonton, Pittsburgh, Kansas City and at Carnegie Hall and has joined the roster of esteemed artists at Broadway Plus.

About Nathalie Joachim, Trustee
Nathalie Joachim is a Grammy-nominated flutist, composer, vocalist and 2019-20 Kaufman Music Center Artist-in-Residence. The Brooklyn born Haitian-American artist is hailed for being “a fresh and invigorating cross-cultural voice” (The Nation). She is co-founder of the critically acclaimed urban art pop duo Flutronix, and comfortably navigates everything from classical to indie-rock, all while advocating for social change and cultural awareness. Her authenticity has gained her the reputation of being “powerful and unpretentious” (The New York Times). Ms. Joachim, a 2020 United States Artist Fellow, has performed and recorded with an impressive range of today’s most exciting artists and ensembles, including Bryce Dessner, Bonnie “Prince” Billy, Richard Reed Parry, Miguel Zenón and the International Contemporary Ensemble, and is the former flutist of the contemporary chamber ensemble Eighth Blackbird. As a composer, Ms. Joachim is regularly commissioned to write for instrumental and vocal artists, dance and interdisciplinary theater, each highlighting her unique electroacoustic style. Ms. Joachim holds faculty positions at the University of Hartford, Princeton University, Perlman Music Program, Bang on a Can Summer Festival and Banff Centre for Arts and Creativity, and is a teaching artist for The Juilliard-Nord Anglia Performing Arts Programme. Watch a BBC News feature on Transformation, the album she created with Special Music School students during the pandemic lockdown in spring 2020.

About Daniel Kaufman, Trustee
Daniel Kaufman is a Director and the Secretary of the Henry & Elaine Kaufman Foundation, Inc. Although he left the NYC metro area nearly two decades ago, first for Upstate New York and more recently for South Florida, Daniel supports the family's legacy and continuing investment in Kaufman Music Center, sharing the family's passion for live performance and the education of both the young and young-at-heart in the realm of classical music and musical performance in general. After 12 consecutive years of service, Daniel remains on the Board of the Austen Riggs Center, a therapeutic community, open-setting psychiatric hospital and center for education and research in the Berkshires whose mission is to promote resilience and self-direction in those with complex psychiatric problems. Daniel served as the Board Development Committee Chair for 10 years ending this May and was a member of the Executive Committee during that tenure. He remains an active committee member on the Development, Finance and Trusteeship committees of the Riggs Board. Since 2017, Daniel has been President of a small, lay-led Reconstructing Judaism congregation (Kol Ami of Boca Raton) in which he is active in all matters of the congregational life and its daily operation. He intends to step down from the President role in December in anticipation of being nominated to join the national Board of Governors of Reconstructing Judaism later this year.