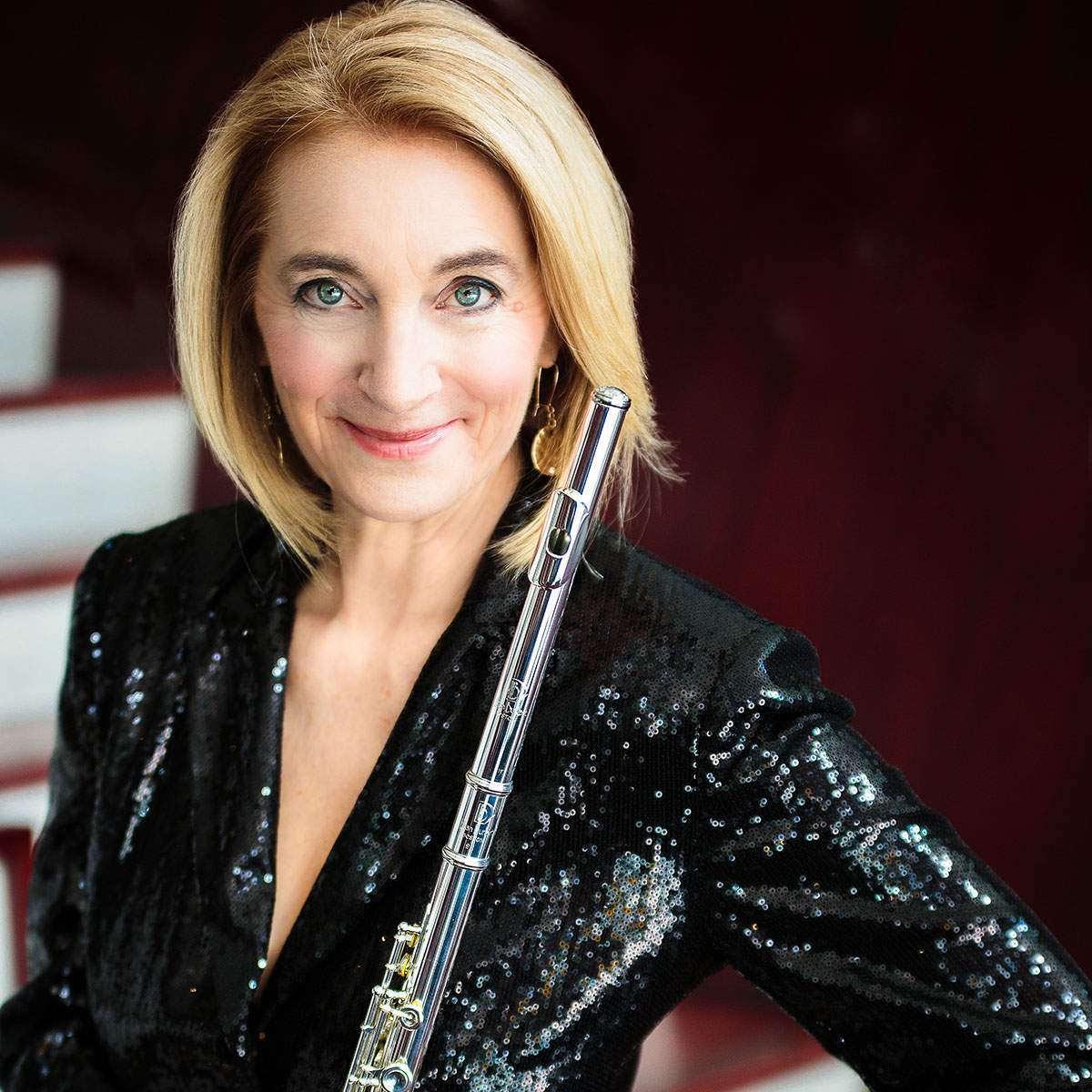 Hailed as “Queen of the Flute” (New York Magazine), Grammy nominee Carol Wincenc has delighted audiences for nearly five decades with her signature charismatic, high virtuosity and deeply heartfelt musicality. At Merkin Hall she’ll celebrate her 50-year career with the world premiere performances of two of five new works commissioned for the season: Sato Matsui’s The Goldenrod Sonata for flute and piano, and Robert Sirota’s Dancing With the Angels for flute, viola, and harp. Carol will be joined by Bryan Wagorn, piano, and the two other members of her trio, Les Amies – Cynthia Phelps, viola, and Nancy Allen, harp – for the program, which will open with Minuet and “Dance of the Blessed Spirits” from Gluck’s Orfeo ed Euridice for flute and piano. In between the selections, Terrance McKnight will talk with Carol, the composers and the guest artists about the music and the artists’ creative process.
Read Carol's notes on the program.