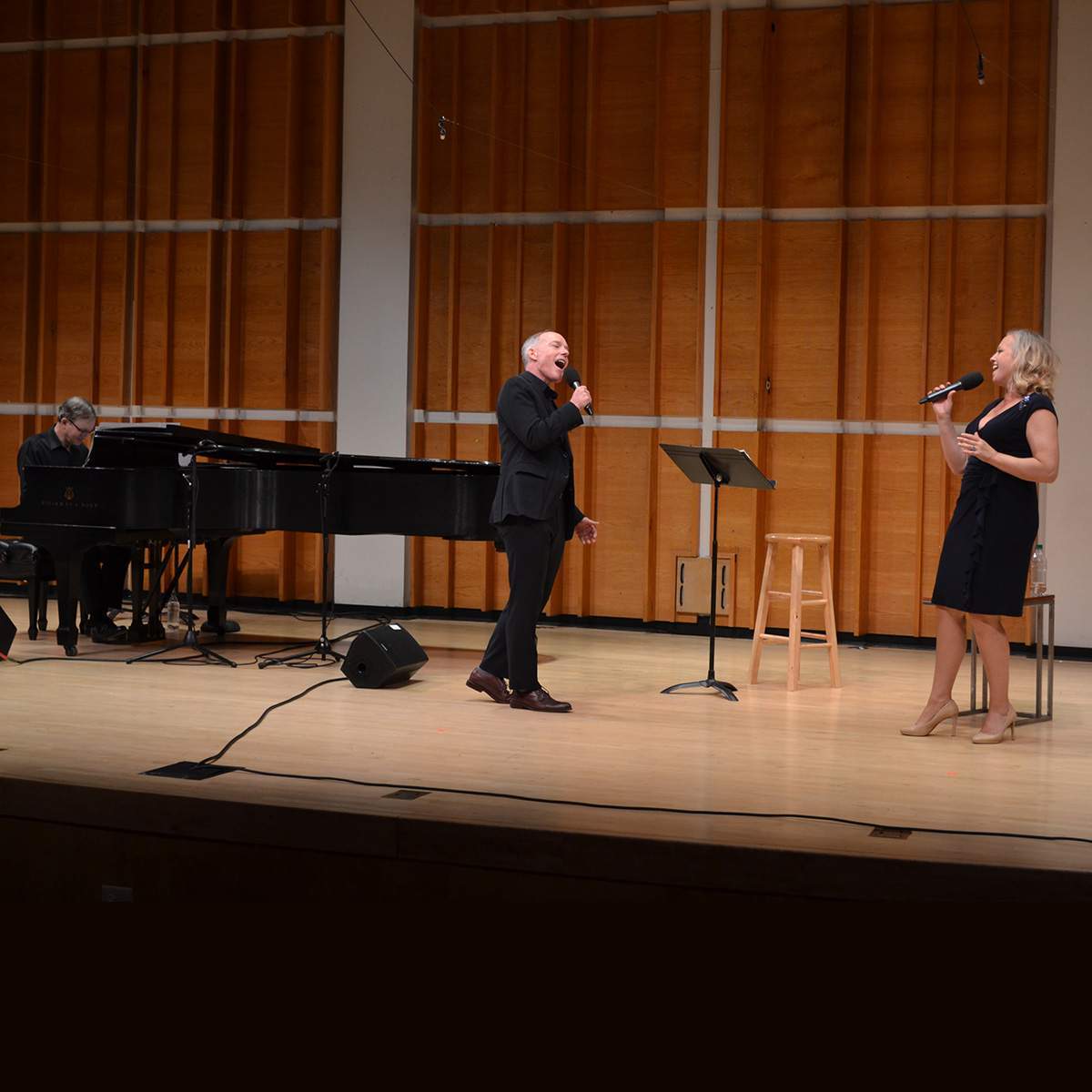 Featuring host Rob Kapilow and Broadway stars Sally Wilfert & Michael Winther
The witty and urbane Cole Porter joyfully pushed the envelope of musical theater in the 1920s, 30s and 40s with ultra-sophisticated, often risqué songs banned by the censors and adored by theatergoers. Unlike most of the 20th century’s great songwriters, Porter grew up in a world of unbelievable wealth and privilege that included Yale, Harvard and astonishingly lavish travel. Yet beneath his socially perfect public persona was a hidden private life that influenced nearly all of his music and lyrics. Broadway stars Sally Wilfert and Michael Winther join Rob Kapilow for a musical tour through Porter’s extraordinary life and career, as they take a fresh look at Porter’s complex highbrow/lowbrow sensibility in the classic songs “You’re the Top,” “Night and Day,” “All Through the Night” and “Begin the Beguine."