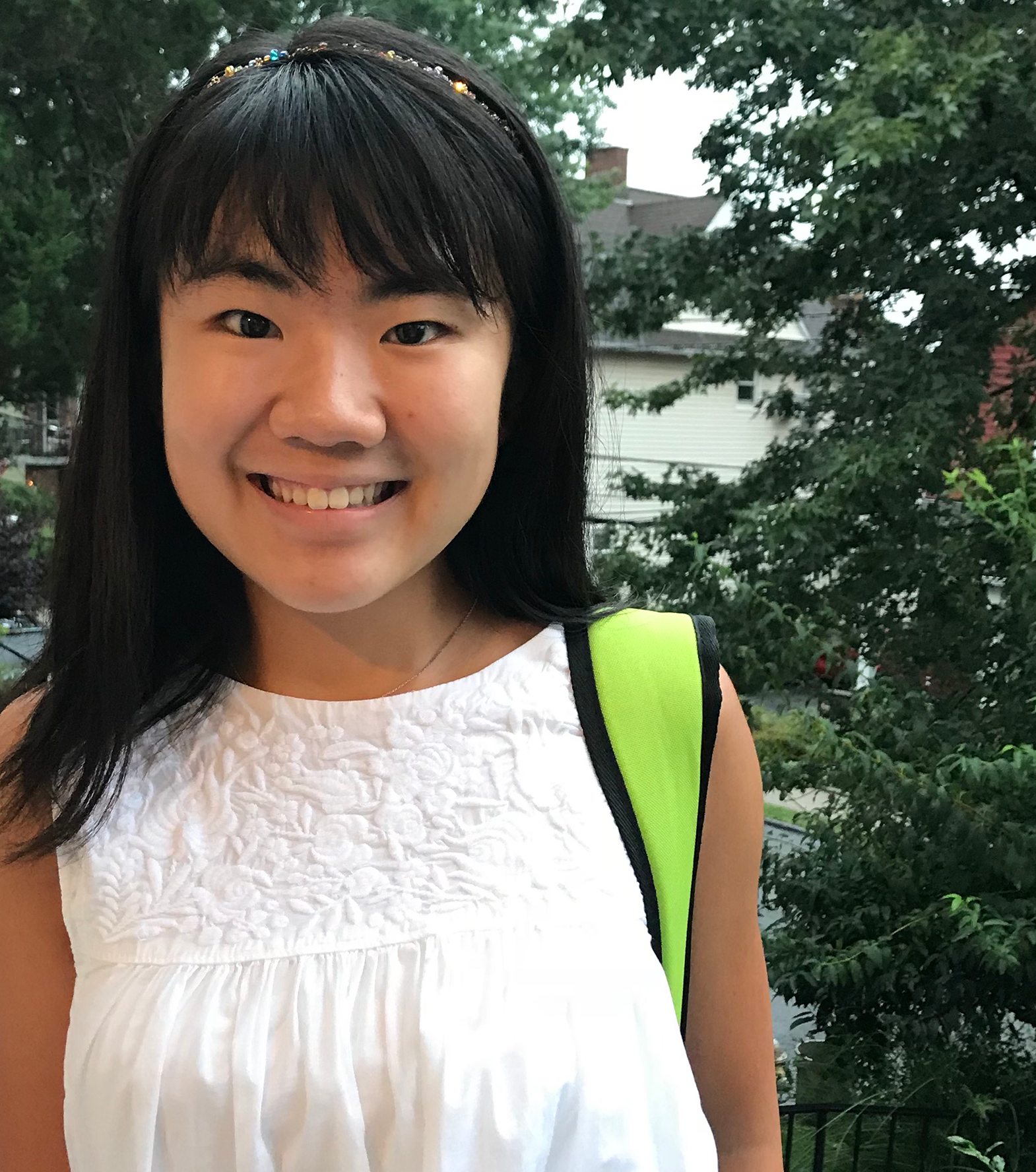 Yuri and the other 2019 Luna Lab Fellows will premiere their new works on May 8 at Merkin Hall. Get concert details.

Yuri Lee premiered her first musical piece, a one-minute composition for string orchestra called “Tick Tock Song,” in third grade, shortly after moving to the U.S. from South Korea. Now an eighth grader in Tuckahoe, NY, the versatile 14-year-old plays piano and violin and enjoys telling stories through her music, finding inspiration in nature, animals and books. She balances her musical studies, which include Kaufman Music Center’s Luna Lab and Face the Music as well as The Juilliard School Music Advancement Program, with homework, athletics and hobbies including math, puzzles, reading and watching movies. She joined us to discuss her new brass quintet – which will be premiered by Kaufman Music Center’s Face the Music in Merkin Hall on May 8 together with the other 2019 Luna Lab commissions – working with her Luna Lab mentor Reena Esmail, and how watching ostrich videos fits into her composition process.

Tell us about the new piece you’re working on for Luna Lab.
My brass quintet piece is called “Ostrich March.” The energy of the brass instruments motivated me to write a lively piece. When I was trying to decide on the theme of the piece, I thought of ostriches. I love the spirit that that animal has, so I began to write a piece that illustrates an ostrich’s action and character. I watched as many ostrich videos as brass quintet repertoire and observed a lot of things, like an ostrich getting chased by a cheetah, their human-like legs, the way their heads bobble when they run, the uncontrollable energy of baby ostriches, and so on. These things inspired me to write this piece.

What is your composition process like?
The first step of my composition process is usually my imagination or stories, like from books or movies or animals. All of these things are very easy for anyone to visualize, so I take their characteristics and try to translate them into music. I always have a story in my mind when I write music, but when a piece is getting performed or heard by other people, I let their imaginations take over instead of telling them what I had in my mind when I wrote it.

What has it been like to work with your Luna Lab mentor, Reena Esmail?
It’s been really awesome to get to know her. It was fun to have my world opened up to so many ideas and interpretations of music. Having a mentor is really important, because people, especially young composers and musicians, need guidance in entering the professional music world, and there are things that a person can only learn from experience. If you share the same ethnicity or gender with your mentor, it’s easier to connect with them and to learn more about what to expect, and how to overcome problems that you might face in the future. Reena and I are both female and Asian – she’s Indian and I’m from Korea and Japan – so it’s really easy to connect with her. She is also a very fun person to be around in general, and she has been nothing but kind and inspiring to me.

Who are your favorite composers and musical influences?
I have a really wide range of what I like in terms of music. I’m interested in film composers like Bernard Hermann and Alfred Newman, but I also like Ravel and Stravinsky. My composition teacher thinks that some of my music is influenced by Ravel, and I can see where she gets that idea from. But I’m also influenced by John Williams’s idea about how great music comes from simple melodies.

What are your future plans?
For college, I don’t really have plans yet. But this year I’ve started to think that I want to be a film composer because I always write music about stories and draw inspiration from animals or nature. I get this tingling feeling when I go to the movie theater. And before I go to the theater, I always listen to the soundtrack first, and when I see the movie I realize, oh, this is how the music and the story match. I love that feeling, and this year I decided I want to actually be the one who writes the music. So, yeah, film composer, that’s one of my big goals in life.

What music are you listening to for fun?
Currently I’m listening to the Carpenters, Hans Zimmer and Queen. I recently got a record player, and those three are the only LPs I have.

Tell us one thing that most people don’t know about you.
The fact that I’m athletic. I won a gold medal in a 5K race and got onto a school varsity soccer team. Sometimes people think that if you’re a musician you can’t do sports, that you don’t have the stamina to do what other athletes can.

Do you have any advice for other young composers?
Be yourself. There are many flaws in human behavior and mindsets, but sometimes new things can be born from the imperfection of the world. Yuri performing with Face the Music and members of Brooklyn Raga Massive at the Rubin Museum of Art on April 12.