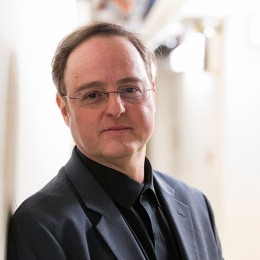 Praised for his “kaleidoscopic” playing by the New York Times, pianist Igal Kesselman is one of today’s most forward-thinking performers and music educators. After making his American debut with the Washington Chamber Symphony at the Kennedy Center, he has performed throughout the country in such venues as Alice Tully Hall, Symphony Space and Merkin Hall at Kaufman Music Center in NYC; the Corcoran Gallery in Washington, D.C.; and the Kravis Center in West Palm Beach. Dr. Kesselman was a top prizewinner at “Citta de Marsala” International Piano Competition in Italy and has performed as a soloist with many orchestras, including the Annapolis Symphony Orchestra and the Israeli Camerata.

Highlights from the last season include performance of Mozart's Double Concerto with pianist Orli Shaham and the Vancouver Symphony Orchestra USA, solo recitals for subscription series at Tel Aviv University and Arizona State University, and performances with Rob Kapilow on the What Makes It Great? series at Merkin Concert Hall. He also conducted Masterclasses at Oberlin Conservatory, the Colburn School in Los Angeles, Buchmann-Mehta School of Music at Tel Aviv University, Boston University Tanglewood Institute in Lenox MA, Jerusalem Academy of Music, and Arizona State University at Tempe.