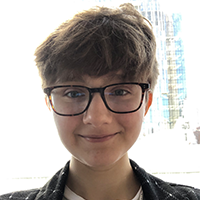 JACK GJAJA
Jack Gjaja (age 15) is a composer and pianist from New York City, who studies in the Preparatory Division of Mannes School of Music. Jack began composition in middle school, studying with Mary Kouyoumdjian, and recently began electronic composition with David Bird. During the pandemic summer of 2020, they joined composers from around the world at the Virtual Young Women’s Composers Camp, where their piece Icy climb with a side of Mockingtrack was premiered by saxophonist Kristen McKeon. Jack draws inspiration from Ravel, Tchaikovsky’s Queen of Spades, Scriabin, Kelly Moran’s Don’t Trust Mirrors and playwrights such as Ionesco and Martin McDonagh. 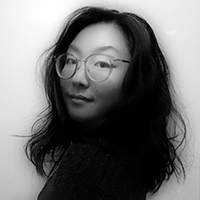 ALISHA HENG
Alisha Heng (age 18) is a clarinetist, composer, and multidisciplinary artist from New York City. She has been composing for a little over 3 years and her works have been performed by various ensembles and performers, such as Ensemble Lemniscate and violinist Barbora Kolářová. Her passion for composition stems from both her instrumental study and a fascination to create works that provoke the mind—seeking to explore the relationships between music, art, and literature. She attended the Curtis Young Artist Summer program in the summer of 2020. Outside of music, Alisha enjoys creating experimental short films, writing poetry, and advocating for the arts. 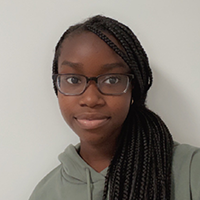 JORDAN MILLAR
Jordan Millar (age 14) is a pianist and composer from Brooklyn, New York. Jordan wrote her first composition in fourth grade and has since composed various works for the New York Philharmonic. Her piece Boogie Down Uptown was featured by the Philharmonic and highlighted in The New York Times. She was honored by the American Society of Composers, Authors and Publishers (ASCAP) Foundation for this piece. In 2019 she was commissioned by the New World Symphony and debuted her piece The Abandoned Castle. Her most recent piece was an arrangement of “We Shall Overcome” for the New York Philharmonic. Jordan enjoys inspiring others and previously gave a TED Talk on composing. She loves writing, journalism and art. 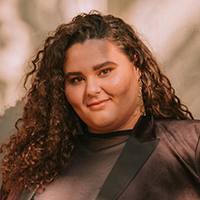 ZOLA SAADI-KLEIN
Zola Saadi-Klein (age 18) is a violinist, singer, and composer from Los Angeles. She has been a Fellow in the LA Phil Composer Fellowship Program since 2019, where she studies composition with Dr. Ian Krouse of UCLA. She received the 2020 ASCAP Berlin Scholarship. At Los Angeles County High School for the Arts, she’s a senior violinist in the LACHSA Orchestra. She participated in the 2020 Sunset Chamberfest, UCLA’s Voice Intensive, and Walden’s Young Musicians Experience, where she was invited by composer Aida Shirazi to join the Iranian Female Composers Association. A member of the National Children’s Chorus since 2009, Zola's favorite performances include Dudamel’s Mahler Project, and Tan Dun’s AYS collaboration. 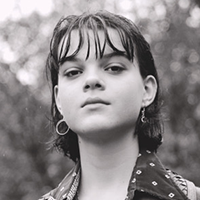 AZALEA TWINING
Azalea Twining (age 15) is a singer, composer, and guitarist from Harrisonburg, Virginia. Azalea has studied voice and theory with Eileen Clark since 2013, and composition with her father, Toby Twining. She loves listening to anything from Hildegard to Heart! Azalea sang the role of Mustardseed in almost 100 performances of Julie Taymor/Elliot Goldenthal's A Midsummer Night's Dream (Theater for a New Audience) and sang in Intertwining Ensemble's production, Mountain Lectures. She composes multi-media pieces with her school’s Fine Arts Academy. Azalea's newest composition, a song cycle, takes a look at women whose stories are misrepresented: historical figures Boudicca, Cleopatra, Jeanne d'Arc, and others. 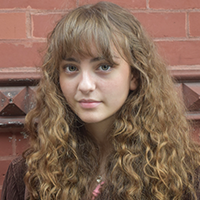 MARINA ZURITA MCKINNON
Marina Zurita McKinnon (age 16) is a guitarist, pianist, and composer from New York City. She attends Special Music School High School where she is a Composition major. Marina has been playing classical guitar since she was 5 years old, adding piano at age 6, and composing at age 9. She has studied composition with Murat Çolak, Robinson McClellan, and Molly Joyce, as well as at the Boston Conservatory at Berklee High School Composition Intensive. Marina’s work has been performed by Momenta Quartet and The Curiosity Cabinet, other professional musicians, and Face the Music. She has collaborated with pianist Conrad Tao and contributed to “Ethereal” on Nathalie Joachim’s recent album, “Transformations.” 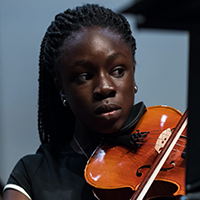 OLUWANIMOFE AKINYANMI
Oluwanimofe “Mofe” Akinyanmi (age 17) is a violist, pianist, guitarist, singer, and composer from Princeton, New Jersey. Mofe began composing at age 5 and in 2011, she premiered one of her compositions at the renowned Ehrbar Saal in Vienna, Austria. She is a composition graduate from the Westminster Conservatory of Princeton’s Young Artist Honors Music Program. In the summers of 2019 and 2020 she attended the Berklee/Boston Conservatory High school composition intensive camp. In summer 2020, she was one of 84 students selected to participate in the 2020 GRAMMY camp.  Mofe is first chair viola in the Hill School orchestra. She continues composing and looks to learn more about production and songwriting. 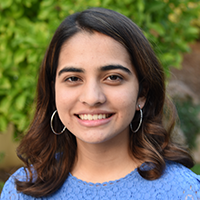 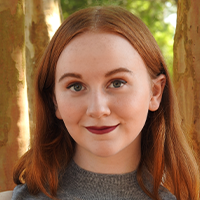 ELLA KAALE
Ella Kaale (age 18) is a composer and cellist from League City, Texas. She is an alumna of the MATA Jr. Festival and the Curtis Institute of Music Young Artist Summer Program. She is also a two-time alumna of the American Festival for the Arts (AFA) Summer Composers Institute, where she participated in the Houston Ballet Academy Composer-Choreographer Collaboration. She has also participated in the AFA Film Scoring Program. Some of her honors include the Texas Music Scholar Award, the AFA Composition Faculty Excellence Award, the Parent-Teacher Association Reflections Fine Arts Competition National Award of Excellence, and an Honorable Mention for the NextNotes High School Music Creator Award. Kaale is currently participating in the New York Youth Symphony Composition Program. 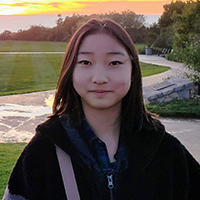 HAEON LEE
Haeon Lee (age 14) is a composition major at Juilliard Pre-College in New York City, currently studying composition with Manuel Sosa. As a composer, her priority is to craft stories through music that can be visualized in the listener’s mind. Her work has been recognized by numerous awards including an honorable mention at the ASCAP Morton Gould Young Composer Award and first place nationally at the NFMC Junior Composers Award. She has also been playing the piano since age 4, has performed at Weill Recital Hall at Carnegie Hall, DiMenna Center, Ernst C. Stiefel Concert Hall, and is currently studying with Genya Paley. 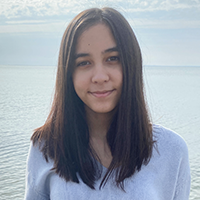 PEYTON NELESEN
Peyton Nelesen (age 13) is a composer and pianist who just moved to New York City in the fall of 2020 to attend The Spence School. Born outside of Chicago, Illinois, and raised in Atherton, California, Peyton began composing at age 4.  At age 11, she was the youngest winner of the 2019 ASCAP Herb Alpert Young Jazz Composer Awards.  At age 12, she received Honorable Mention in the 2020 ASCAP Morton Gould Young Composer Awards.  Her music has also won first place four consecutive years in the International Torrance Legacy Creativity Awards.  Peyton studies music composition with John Syzygy. 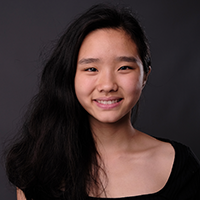 SOFIA OUYANG
Sofia Jen Ouyang (age 19) is a Chinese-American composer in her freshman year at Columbia University and the Juilliard exchange program. She currently studies composition with Dr. David Ludwig. Sofia was named finalist for the 2019 Young Composer Challenge, and participated in the 2019 Atlantic Music Festival and 2018 Curtis Young Artist Summer Program, where she had lessons with renowned composers such as Dmitri Tymoczko, Amy Beth Kirsten, Daniel Ott, Nina Young, Wang Jie, and Reiko Füeting. Sofia is currently working on a commission by Austrian pianist Cornelia Herrmann, which will be toured across seven cities in China in December 2020. Sofia’s past composition teachers include David Ludwig and Andrew Norman.