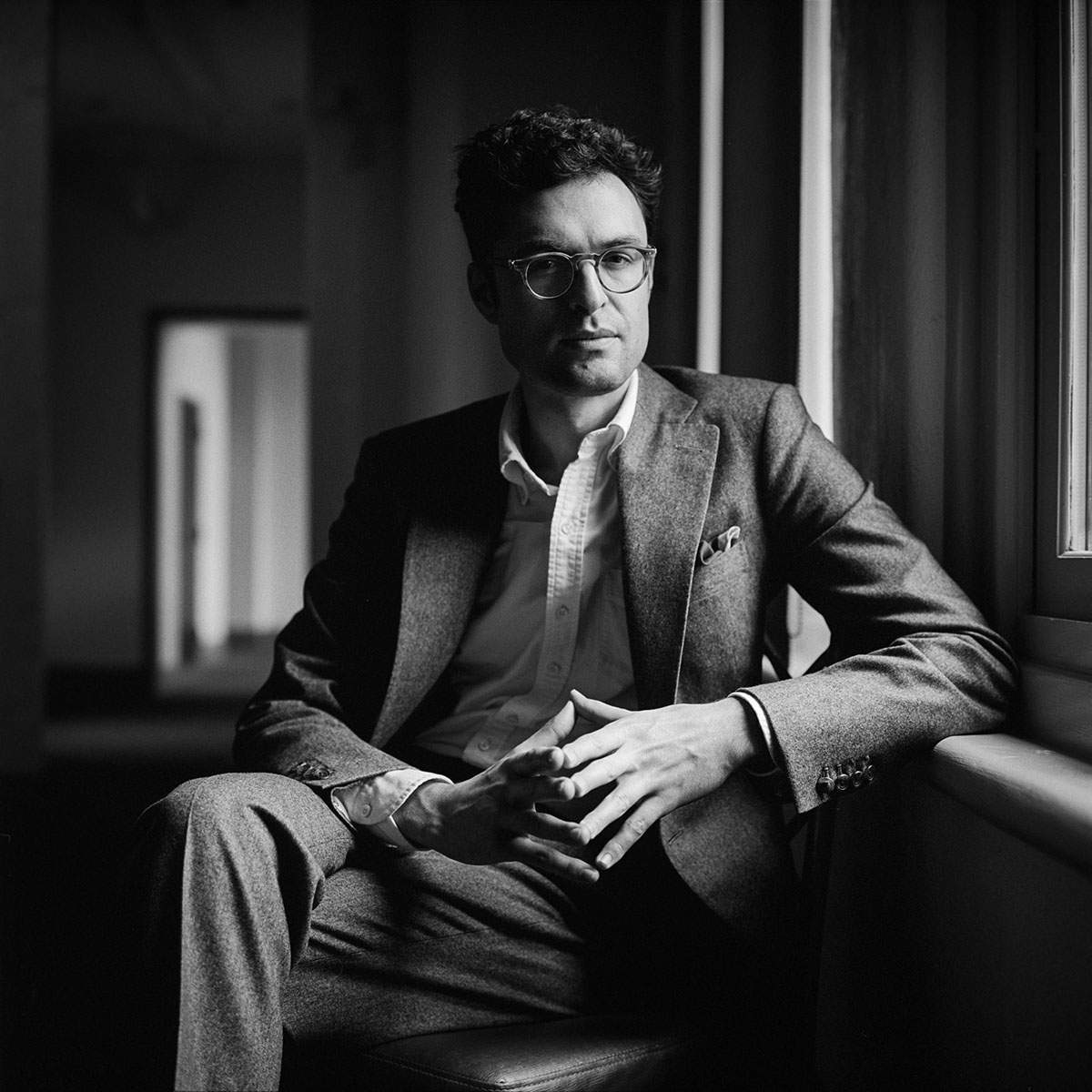 Post-concert conversation with Andres, Goldfeather and Shanfield moderated by Adam Tendler
The program explores the musical friendships, influences, and borrowings between three contemporaries — Eric Shanfield, Sarah Goldfeather and Timo Andres — as well as the overarching influence of Robert Schumann’s piano music (represented here by Waldszenen). Besides Sarah’s new work for Timo, the centerpiece of the program is Eric’s new work, appropriately titled Timo Variations, a grand set in the tradition of Beethoven and Rzewski based on a theme which Timo composed for Eric in 2019.

Timo Andres is a composer and pianist who grew up in rural Connecticut and lives in Brooklyn, NY. A Nonesuch Records artist, his album of orchestral works, Home Stretch, has been hailed for its “playful intelligence and individuality,” (The Guardian) and of his 2010 debut album for two pianos Shy and Mighty (performed by himself and duo partner David Kaplan), Alex Ross wrote in The New Yorker that “it achieves an unhurried grandeur that has rarely been felt in American music since John Adams came on the scene… more mighty than shy, [Andres] sounds like himself.