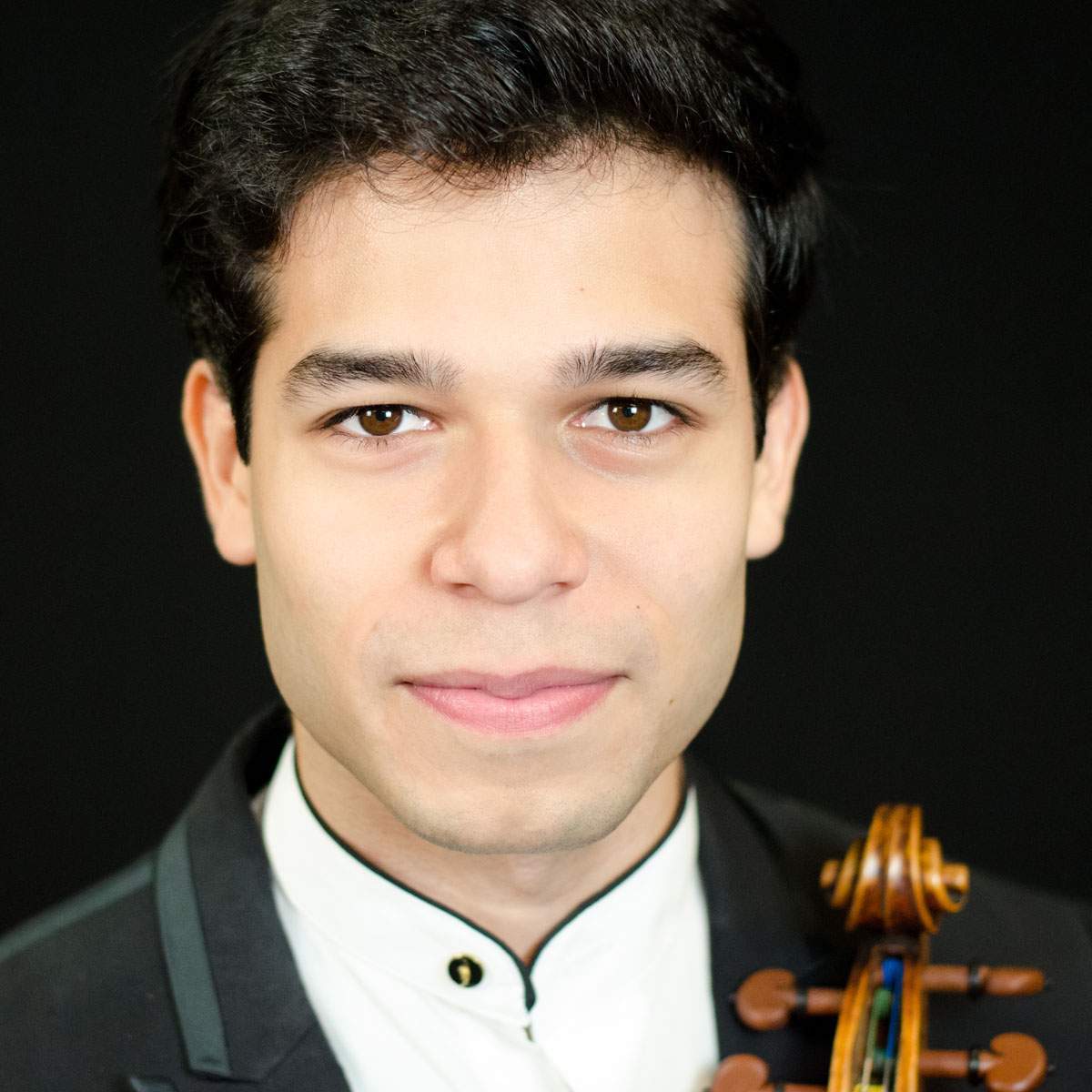 Watch this performance on demand – $15
Watch any time for 30 days.

Described as an “excellent soloist” of “great virtuosity” (NY Concert Review), with performances depicted as “thrilling” (Boston Globe), violinist Rubén Rengel is quickly gaining recognition as a remarkably gifted artist. Rubén has appeared as a soloist with the Symphonies of Philadelphia, Detroit, Houston, New Jersey, Vermont, Oakland and Venezuela. Rubén was the winner of the Robert F. Smith Prize at the 2018 Sphinx Competition and has appeared at Carnegie Hall, Severance Hall, the Kennedy Center, the Isabella Stewart Gardner Museum and the Library of Congress. As an avid chamber musician, he has performed with artists such as Joseph Silverstein, Pamela Frank, Peter Wiley, David Shifrin, Joel Krosnick, Timothy Eddy, and Gilbert Kalish. He has appeared at the Brevard Music Festival, the Evnin Rising Stars at the Caramoor Center, Music@Menlo and the Perlman Music Program. In addition to classical music, Rubén has extensive experience performing Venezuelan folk music and Jazz. He also has a strong interest in the art of conducting and enjoys performing as a violist. Currently, Rubén is a Fellow at Carnegie Hall's Ensemble Connect.