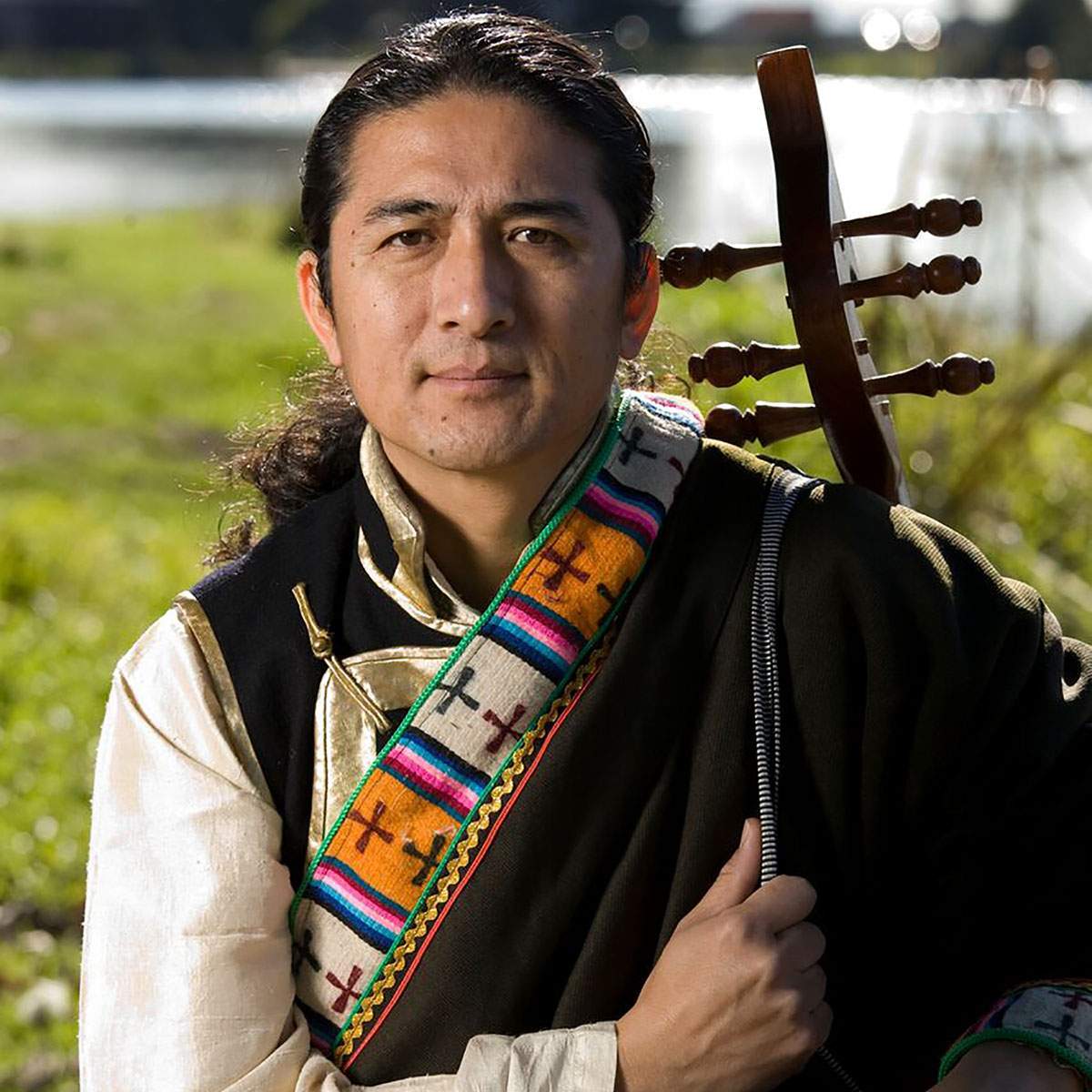 Growing up in exile in Dharamsala, India, Techung was raised to become one of the rare keepers of traditional Tibetan musical traditions. After immigrating to the USA, Techung co-founded the Chakasampa Tibetan Dance and Opera Company in 1989 and made his Carnegie Hall debut with Philip Glass, REM, Trey Anastasio, Pati Smith as part of the Tibet House's annual Monlam Festival. After years of performing as a solo artist over the last decade, like most exiled Tibetan musicians, the mission of Techung's new ensemble is to best represent the traditional ensemble music and dance of Tibet, which is rarely staged or performed anywhere.