The 2019-20 Luna Lab Fellows range in age from 14 to 18 and hail from all over the U.S., including Springfield, MO; Louisville, KY; Los Altos, CA; Pasadena, CA; and Fayetteville, NY! Read the full press release. 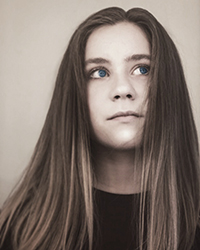 VIDEO: Meet Olivia.
Olivia Bennett (age 18) is a composer, pianist and cellist from Springfield, Missouri. Her work has been performed by various ensembles, including the Columbia Civic Orchestra, Mizzou String Quartet, Springfield Youth Symphony, the Interlochen Philharmonic, and Tanglewood Institute Young Artists Orchestra. She is a 2018 Interlochen Arts Camp alumna and a 2019 Boston University Tanglewood Institute alumna. Olivia was selected as a 2019 American Composers NextNotes winner and is a five-time winner of the Creating Original Music Project. She was also awarded a winner of the 2017 and 2019 Missouri Composers Project.  In addition, Olivia plays cello in the Missouri Philharmonic Orchestra. Olivia is the recipient of the Dinah Jacobs Fellowship. 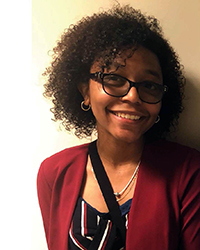 VIDEO: Meet KiMani.
KiMani Bridges (age 18), a senior at duPont Manual Magnet High School/Youth Performing Arts School in Louisville, Kentucky, is a flutist and a composer. She has been playing the flute since she was 11 and just recently started composing in 11th grade. She partakes in her school’s Symphonic Band, Chamber Ensemble, and Composition class. She has received numerous distinguished ratings for flute in KMEA Solo and Ensemble, has performed at Walt Disney World and the Field Museum, and has participated in multiple summer music camps. She has had her pieces performed at the University of Louisville, in her school’s New Works Festival, and recently was part of the Loretto Project’s Pathways Initiative Program. KiMani hopes to pursue a career in music as she continues to express herself though her art form. KiMani is the recipient of the James R. Rosenfield Fellowship.

VIDEO: Meet Madeline.
Madeline Clara Cheng (age 16) is a composer, pianist, and saxophonist from Los Altos, California. Her compositions have won awards from the MTAC Composers Today State Contest and the NFMC Junior Composers State Contest. She has also performed her compositions at the Sun Valley Music Festival and PianoTexas International Festival. In summer 2019, Madeline attended Boston Conservatory at Berklee’s High School Composition Intensive. Outside of school, she plays in Stanford Jazz Workshop’s Miles Ahead Big Band. Madeline also serves as president of her school’s Key Club, and is organizing a benefit concert to raise money for pediatric trauma prevention. 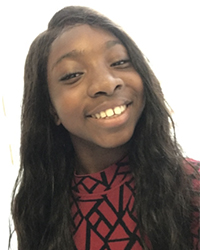 VIDEO: Meet Ebun.
Ebunoluwa Oguntola (age 14) is a composer, violinist, and pianist who lives in Fayetteville, New York. She started music at the early age of 3, but it was until she was 11 when she first started composing. Ebun takes independent lessons of composition at Syracuse University and has been active in her local community through sharing her music. For example, in her area, she has participated in young composers concerts and camps in which her songs were played for an audience. She enjoys writing different types of pieces, sharing it with others, and challenging herself in different aspects of music. Ebunoluwa is the recipient of the Patrina Foundation Fellowship. 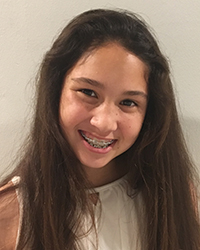 VIDEO: Meet Sage.
Sage Shurman (age 14), who lives in Pasadena, California, studies composition with Professor Ian Krause at UCLA. Sage finds inspiration in her composition through classical greats such as Beethoven, Stravinsky and Tchaikovsky, and also through her athletic pursuits on the soccer field. Sage began her musical studies at age three on the piano and has played as a soloist with the Thousand Oaks Philharmonic, performing Schroeder, Mozart and Poulenc piano concertos. She recently placed in the American Protege competition and performed at Carnegie Hall. Sage is currently a freshman at Flintridge Preparatory School and, when not immersed in music, Sage plays competitive soccer on LA Surf USSDA. 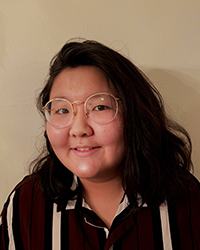 Nicole Balsirow (age 17) is a Kalmyk-American composer living in Jackson, NJ. She spends her time composing on long bus rides to and from her school and playing her tenor saxophone. Nicole started composing a few years after enrolling in the Juilliard School’s Music Advancement Program when she took a composition class. Now she is looking to pursue composition in college. Some of her favorite pastimes include listening to punk and Renaissance music as well as sketching. 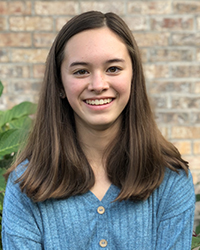 Emily DeNucci (age 13) is a composer, flutist and pianist from Somers, CT.  She has studied composition and music theory for three years with Dr. Jessica Rudman through the Hartt School Community Division (HCD).  Through HCD, she has been able to participate in the activities for the Young Composers Project and has had multiple pieces performed by members of the the Hartford Independent Chamber Orchestra.  Last year, Emily was one of two students selected to compose a new piece for the Nouveau Classical Project which was read and performed at the Women Composers Festival of Hartford Student Workshop. 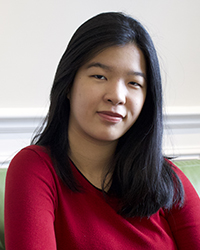 Helen Feng (age 18) is a composer, pianist and vocalist currently attending Deerfield Academy. She found interest in composition around four years ago, and was since prompted to explore ways in which music can intermingle with her passions for literature, philosophy, and socio-cultural studies. Studying performance inspires her to reflect on the evolving roles of 21st-century composer-performers, amid a growing emphasis on new media, interpersonal music-making, improvisation, interdisciplinary studies and cultural competency in an interconnected world. Recently, Helen attended the Walden School in Dublin, NH and gave a TEDx talk exploring cultural appropriation through music––how artists can mindfully narrate stories beyond the personal realm to advance constructive cultural dialogue. 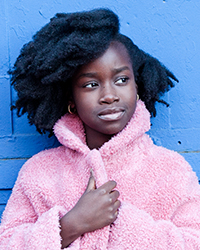 Jordan Millar (age 13) is a composer from Brooklyn, NY. She has been studying piano for 6 years. She began composing at age nine as a student in the New York Philharmonic Very Young Composers Program. Her piece “Boogie Down Uptown” was featured at the Philharmonic's 2018 Young People's Concerts for Schools and Concerts in the Park series, and she was a recipient of ASCAP’s 2019 Morton Gould Young Composer Awards for the piece. During 2019 Jordan worked on a commission with the New World Symphony and had the unique opportunity to meet with New World Symphony Fellows to workshop her piece ”The Abandoned Castle.” Writing music has developed Jordan’s creativity and provided a way for her to convey ideas and feelings through musical expression. She also enjoys speaking and inspiring others and recently gave a TED Talk on composing at the 2018 TED Youth Conference and spoke at the 2019 Sister to Sister Conference. 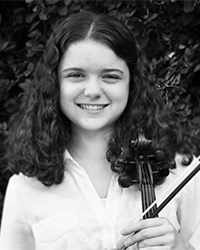 Emily Singleton (age 16) is an award-winning composer and violist from Gainesville, FL. She currently studies composition with Dr. Paul Richards at the University of Florida. Emily is an alumni of Interlochen Arts Camp and has had her work featured by the Interlochen World Youth Wind Symphony and Advanced String Quartet Program, Gainesville Civic Chorus, University of Florida, Alachua County Youth Orchestra, and MATA Jr. Festival by Face the Music in NYC. She has received recent recognitions from MTNA, NFMC, Violettes by Becky, and NextNotes. Emily aspires to form an artistic community dedicated to the creation of transdisciplinary art and Gesamtkunstwerk.