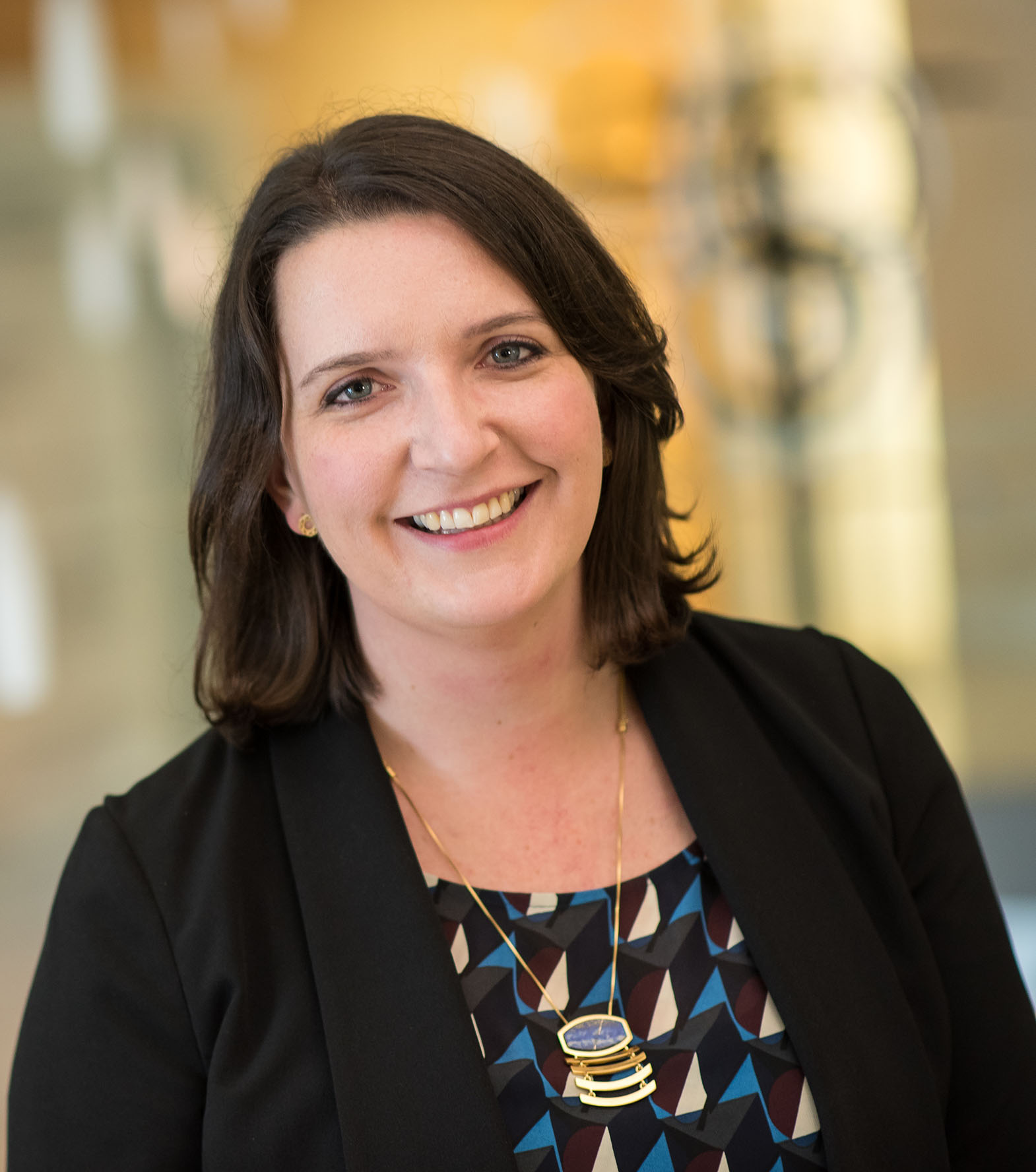 Professional Hornist and Former Assistant Dean of Mannes School of Music Succeeding Lydia Kontos, Who Led One of City’s Most Acclaimed Cultural and Educational Organizations for Four Decades

Following a nationwide search, Kate Sheeran, an accomplished educator and academic administrator, new music champion, and professional musician who has served since 2015 as Provost and Dean of the San Francisco Conservatory of Music, has been chosen as the new executive director of Kaufman Music Center in New York. She will assume the new position in mid-August.

Sheeran, also a former Assistant Dean at Mannes School of Music at The New School in New York, succeeds the retiring Lydia Kontos. Over nearly 40 years of leadership, Kontos took what was once called the Hebrew Arts School and spearheaded its growth and transformation into Kaufman Music Center, a multi-faceted education and cultural institution that is home to New York City’s premier stage for contemporary classical music, the favored stage for chamber music and many other performances, the largest community arts school in New York, and the top-rated K-12 public school in the city and the only one with music as a core curriculum discipline.

“Kate not only possesses an outstanding range of skills, but also brings with her a unique perspective as both an educator and an administrator, as a musician and a new music advocate, and as an outsider and an insider,” said Cathy O’Rourke, President of the Kaufman Music Center Board and Chair of the Search Committee, noting that Sheeran has performed at Merkin Concert Hall, Kaufman’s performance space, and that during her tenure at Mannes, she worked in partnership with Kaufman on a number of initiatives.

Board Chairman Rosalind Devon observed that, “from the moment we began speaking with Kate, we knew she was the ideal person for the job.  In fact, we are confident that she will build on the solid foundation that Lydia has laid over the past four decades while also applying her own creative vision to ensure that Kaufman Music Center continues to thrive and flourish for years to come.”

Kontos, herself, echoed these sentiments and added that “Kate and I have spoken a number of times over the past few weeks and what truly has impressed me is her shared commitment to the spirit of community, creativity and innovation we have fostered here at Kaufman. Our DNA is in both education and performance, as well as the confluence of the two, and Kate is well prepared to build on this commitment and further our distinct multi-pronged mission.”

In fact, Sheeran personifies the synthesis of academia and performance in both her professional and personal lives. As the chief academic officer of the San Francisco Conservatory, she not only directed a faculty of nearly 150 members and oversaw all curricular changes and implementation, she also built community partnerships to increase music education access to underserved school-aged children, led the creation of a cutting-edge professional development curriculum for all students, and launched a connected learning initiative, which ties performance repertoire with coursework through a common theme of study, among numerous other achievements.

Similarly accomplished while at Mannes, Sheeran directed all pre-college and continuing education programs, serving more than 700 students. At the same time, she developed ESL + Music, a program to better serve the English as a Second Language population, and created The New School Chorus, a community chorus initially led by members of the Grammy Award-winning vocal ensemble Roomful of Teeth.

Despite the academic demands, she played French horn in a number of acclaimed ensembles, including the Wordless Music Orchestra, which pairs classical and newly-composed music with indie rock, film and other genres, as well as Alarm Will Sound and Ensemble Signal, both of which focus on new music. And she found time to perform on more than a dozen recordings. She has served on several organizational boards, including the JACK Quartet, Alarm Will Sound and Kinhaven Music School.

This diversity of experiences, she said, will serve her well in her new position as the top professional at Kaufman Music Center. “Two themes have defined my career – education and music for young people, and advocating for new music. They merge and are at the nexus of all that Kaufman represents.”

And the “spirit of innovation, creativity and discovery is everything that drew me to Kaufman,” Sheeran said.  “It is the institution’s whole eco-system.”

Sheeran, who earned her bachelor’s degree at Eastman School of Music and her master’s at Yale School of Music, and who has taught at several other higher education institutions, also wants to prioritize diversity and inclusion in “everything we do,” as well as grow Kaufman’s community ties throughout New York.

“I’m looking forward to building meaningful partnerships with arts, culture and educational organizations in the city,” she said. “Music is the perfect tool to build and strengthen community.”

Sheeran shares this philosophy with the retiring Kontos. Under her leadership, Kaufman grew into an organization with a large music education footprint in the city, with programs that emphasize skills over exposure, and a continuing dedication to performance, by experienced professional musicians as well as kids and young adults who are just beginning their journeys.

Among Kontos’ vast achievements at Kaufman, she spearheaded the partnership with the New York City Department of Education to create Special Music School/P.S. 859, the only public K-8 school in the city for musically gifted children, combining a rigorous academic program with intensive instrumental instruction. It opened in 1996, and in 2013, it expanded to include a high school, again the only one of its kind in New York. SMS is regularly one of the top schools in the city, and state, when measured by scores on the English and Math Proficiency Exams. In 2017, its first graduating high school class, 100% of SMS students achieved proficiency on both exams, 100% of the senior class graduated, and all applicants were admitted to colleges or conservatories.

She also spearheaded the rescue of the famed Opus 118 Harlem School of Music in 2012, a program that offers music education and performance opportunities for underserved children; the creation of the Ecstatic Music Festival, which was established nearly a decade ago as the nation’s first showcase for new classical music and for genre-bending collaborative performances between classical musicians and hip-hop, indie, jazz, spoken word and other artists; the Face the Music Ensemble, the only youth and teen ensemble in the nation dedicated to performing the music of living composers;  the establishment of the innovative Luna Lab program, a one-of-a-kind mentoring program that pairs young aspiring female composers with prominent female composer-mentors in an effort to increase gender diversity in professional music composition, and signature series on the Merkin stage such as Broadway Close Up, Tuesday Matinees, and What Makes It Great.

The institution was founded in 1952 by Dr. Tzipora H. Jochsberger as the Hebrew Arts School for Music and Dance, and came to prominence when it moved into its current facility, the Abraham Goodman House, in 1978. It was renamed the Elaine Kaufman Cultural Center in 1991 in honor of a major gift from New York philanthropists, Elaine and Henry Kaufman. At the same time, the original Hebrew Arts School was renamed Lucy Moses School, recognizing a major gift from the Henry and Lucy Moses Fund.