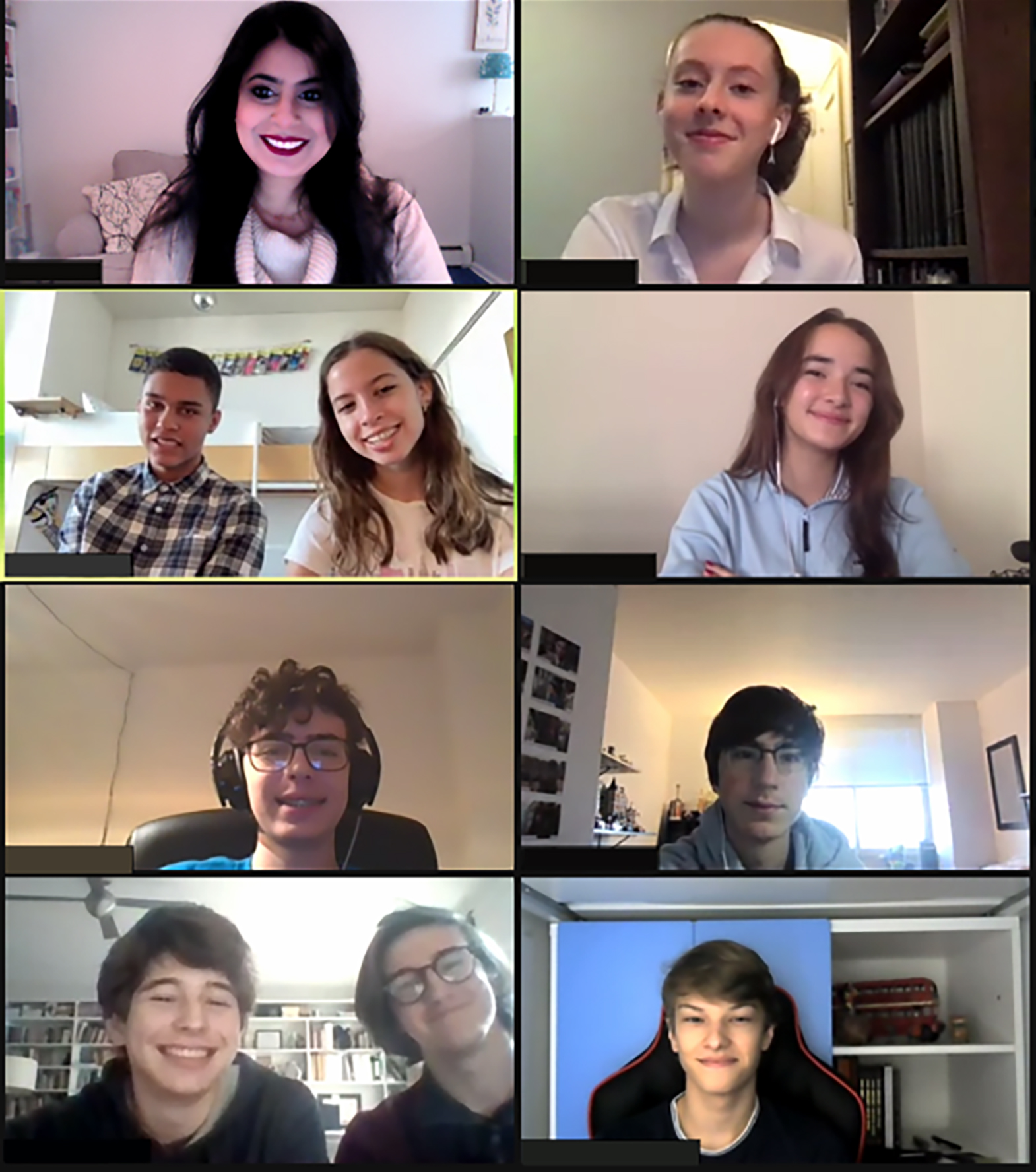 There’s no debating that studying music leads to success in many areas! Special Music School High School’s Debate Team shone this month at the 2021 Urban Debate League’s State Championships, where the skills they’ve honed as musicians helped the 2-year-old team defeat more experienced and well-established opponents from across the city and state.

Sophomores Isabelle Ruppe (voice) and Orla Meyers (piano) won the state championships in their division after a final round against the team from LaGuardia High School. The topic: “On balance, the benefits of U.S. sanctions against China outweigh the harms.” In their division, Meyers ranked #1 as Top Speaker; senior Georgii Apinian (violin) ranked #3, and Ruppe #4. In the city championships, junior Kevin Thorpe (voice), sophomore Nicholas Vanderveen (violin), junior Graeme Buhrer (composition) and junior Adriano Piscopo (violin) ranked, respectively, 1st, 3rd, 5th and 8th as Top Speakers. All three of SMS’s teams made it to the semi-finals. The 2021 debates were held via Zoom.

SMS High School’s debate team formed during the 2019-20 school year, when Kevin Thorpe approached history teacher Marium Rizvi with the idea of starting a team. The students quickly grew the team and began to distinguish themselves at competitions. Studying music has given the teens an edge on the debate stage for many reasons, says Rizvi. One student cites an acute sense of rhythm and pacing developed during years of intensive music study that translates directly into his debate performances. Seasoned performers from an early age, SMS debaters feel at home in the spotlight and know how to deliver under pressure – whether they’re playing in a concert hall or arguing the finer points of foreign policy. And the discipline and focus developed through music prepares these teens for success in any endeavor. SMS students are keenly aware of the importance of practice, practice, practice – whether they’re perfecting an argument or an aria.

“The debate team is a labor of love by the students,” says Rizvi. “They’re the reason for its success. The team is like a family. The kids are learning and having a lot of fun.”