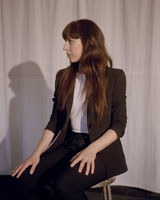 Missy Mazzoli, Co-founder
Recently deemed “one of the more consistently inventive, surprising composers now working in New York” (New York Times) and “Brooklyn’s post-millennial Mozart” (Time Out NY), Missy Mazzoli has had her music performed by the Kronos Quartet, LA Opera, eighth blackbird, the BBC Symphony, Scottish Opera and many others. In 2018 she became one of the first two women, along with Jeanine Tesori, to receive a main stage commission from the Metropolitan Opera, and was nominated for a Grammy award. She is Composer-in-Residence at the Chicago Symphony Orchestra, and from 2012-2015 was Composer-in-Residence with Opera Philadelphia. Upcoming commissions include works for Opera Philadelphia, Chicago Lyric Opera and the Norwegian National Opera. Missy teaches at the Mannes School of Music and her works are published by G. Schirmer. 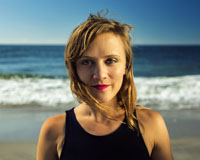 Ellen Reid, Co-founder
Ellen Reid is one of the most innovative artists of her generation. A composer and sound artist whose breadth of work spans opera, sound design, film scoring, ensemble and choral writing, she was awarded the the 2019 Pulitzer Prize in Music for her opera, p r i s m. Reid is the first composer to have been commissioned by all of Los Angeles's four major classical music institutions: Los Angeles Opera at REDCAT, Los Angeles Philharmonic, L.A. Master Chorale and L.A. Chamber Orchestra. Ellen received her BFA from Columbia University and her MA from California Institute of the Arts.

Alyssa Kayser-Hirsh, Program Manager
Alyssa Kayser-Hirsh is a writer, educator, musician, and arts administrator based in New York City. She has been the Program Manager of Luna Composition Lab at Kaufman Music Center since 2018. Alyssa also works in Digital Content & Engagement at Carnegie Hall and manages the summer camp Sing This Summer. Her writing has appeared in I Care if You Listen, National Sawdust Log, and the Carnegie Hall online blog. She has experience in artistic organizations of all sizes, with a particular focus in project management, content development, and youth programs. Originally from Amherst, MA, Alyssa is a graduate of Wellesley College, where she received degrees in Music and American Studies.