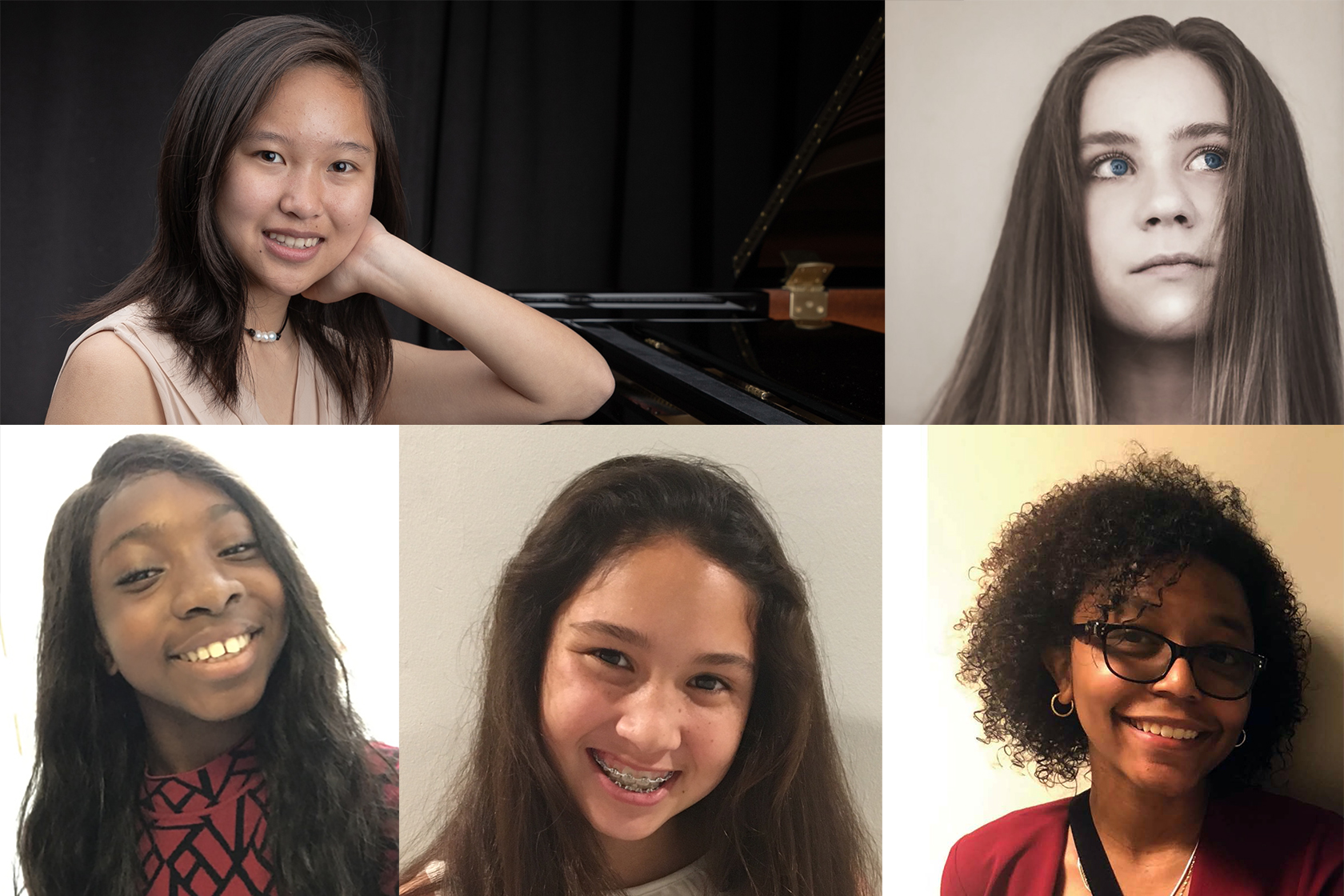 Luna Composition Lab is “changing the playing field by providing mentorship and exposure to teen-age female, nonbinary, and gender-nonconforming composers” – The New Yorker

Luna Composition Lab addresses the gender gap in the field of classical music by inspiring young self-identifying female, nonbinary and gender non-conforming individuals to compose. Founded by 2019 Pulitzer Prize winner Ellen Reid – the first composer to have been commissioned by Los Angeles’ four major classical music institutions – and 2019 Grammy nominee Missy Mazzoli – one of the first two women to be commissioned by the Metropolitan Opera – with NYC’s Kaufman Music Center in 2016, Luna Lab provides mentorship and performance opportunities to girls and young women from eighth grade through college freshmen.

During the 2019-20 season, the five aspiring teen composers will be mentored by established female composers: Ellen Reid, Reena Esmail, Kristin Kuster, Gity Razaz and Tamar Muskal. The Fellows will receive one-on-one coaching and a high-quality recording of their work, and will gain access to a network of professional composers and performers. In April, the five Fellows and their mentors will spend a week in New York City attending performances, networking events and masterclasses.

Luna Composition Lab was nominated for the 2019 Classical:NEXT Innovation Award. The program has garnered attention from The New York Times, The New Yorker, NPR, Forbes, The Washington Post, Huffington Post and NY1 News. In 2016, MusicalAmerica named Mazzoli and Reid Innovators of the Year for their work with Luna Lab.

“I look forward to welcoming the Luna Lab fellows to Kaufman Music Center each year,” says Kaufman Music Center Executive Director Kate Sheeran. “Luna Composition Lab is one of the ways we expand our reach, bringing our goals of access, mentorship, and innovative music education programs to young people from across the United States.”

Luna Lab co-founders Missy Mazzoli and Ellen Reid say, “This year we received nearly twice as many applications as we did last year, and we were dazzled by the originality, depth and potential displayed in each score we received. Our five 2019-20 fellows hail from all corners of the country, have very unique modes of expression, and together represent an exciting new era in American music.”

About Missy Mazzoli
Grammy-nominated composer Missy Mazzoli was recently deemed “one of the more consistently inventive, surprising composers now working in New York” (The New York Times) and “Brooklyn’s post-millennial Mozart” (Time Out New York). Mazzoli is the Mead Composer-in-Residence at the Chicago Symphony Orchestra, and her music has been performed all over the world by the Kronos Quartet, eighth blackbird, pianist Emanuel Ax, Opera Philadelphia, Scottish Opera, LA Opera, Cincinnati Opera, New York City Opera, Chicago Fringe Opera, the Detroit Symphony, the LA Philharmonic, the Minnesota Orchestra, the American Composers Orchestra, JACK Quartet, cellist Maya Beiser, violinist Jennifer Koh, pianist Kathleen Supové, Dublin’s Crash Ensemble, the Sydney Symphony and many others. In 2018 she made history when she became one of the two first women (along with composer Jeanine Tesori) to be commissioned by the Metropolitan Opera. That year she was also nominated for a Grammy in the category of “Best Classical Composition” for her work Vespers for Violin, recorded by violinist Olivia De Prato.

About Ellen Reid
Ellen Reid is one of the most innovative artists of her generation. A composer and sound artist whose breadth of work spans opera, sound design, film scoring, ensemble and choral writing, she was awarded the 2019 Pulitzer Prize in Music for her opera, p r i s m. Reid’s work is largely collaborative and takes the form of opera, chamber music, electronic pop songs, scores for film and theater, and immersive interactive media. Reid’s work has been hailed as “ineffably moving” by Mark Swed of The LA Times, “radiant” by Alex Ross of The New Yorker, and it’s been said that her vocal writing would “make you believe that the mythical sirens really existed” (KCRW). Upcoming and recent projects include a 45-minute commission for the Los Angeles Master Chorale, an orchestral work for Los Angeles Chamber Orchestra, two commissions from the LA Philharmonic in one season, music for Buster’s Mal Heart-starring Rami Malek–at the Toronto International Film Festival, and a sound installation for HBO. Reid was listed as one of Music America’s 30 Professionals of the Year in 2016 for her work with Luna Composition Lab, a mentorship program for young self-identified female, non-binary, and gender non-conforming composers she co-founded with Missy Mazzoli. Reid received her BFA from Columbia University and her MA from California Institute of the Arts. She splits her time between her two favorite cities – Los Angeles and New York.